A memorial football tournament, aimed at further cementing gestures of goodwill and reconciliation between civilians and members of the Security Forces got underway during August 3 - 6 at Kanagapuram grounds in Kilinochchi.

The tournament organized to commemorate late Mr T. Rasanayagam, former Divisional Secretary and the Director at Jayanthinagar Mahadeva Ashram, a reputed personage in Kilinochchi area, was competed by 19 teams who played decisively to secure the championship.

The finals were attended by Mr S Sathyaseelan, Additional Divisional Secretary as the Chief Guest, together with 571 and 572 Brigade Commanders. The event was organized by 7 Sri Lanka Light Infantry troops in the area.

Championship finally went to ‘Ilantheriyal’ team at Waddakachchi against their rival in the ‘Udayatharai’ football team. Trophies and cash gifts, sponsored by Sri Lanka Mobitel Network were given away by the Chief Guest and other invitees. 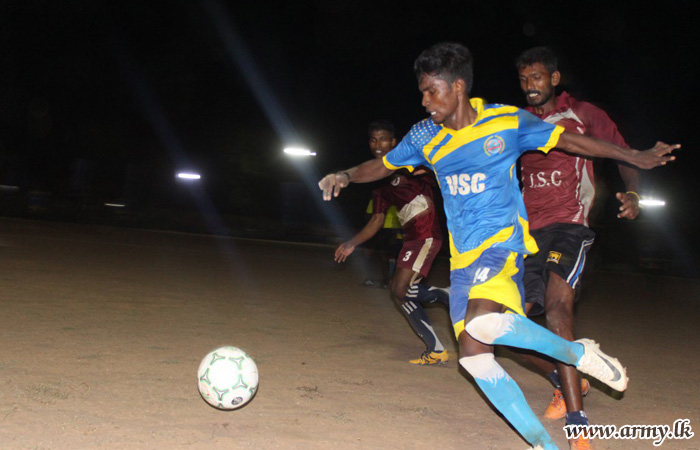 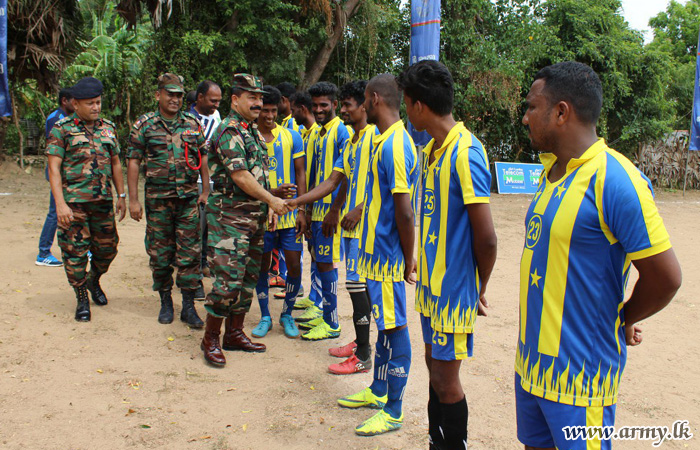 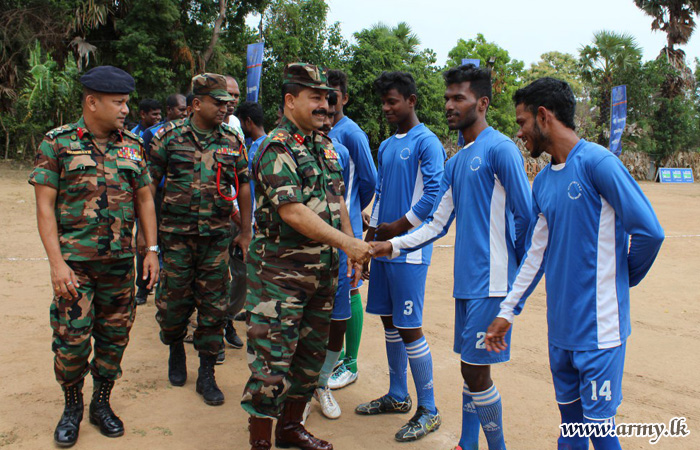 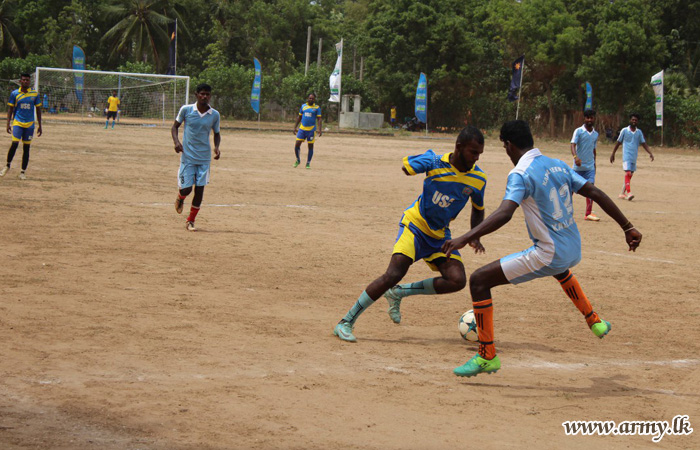 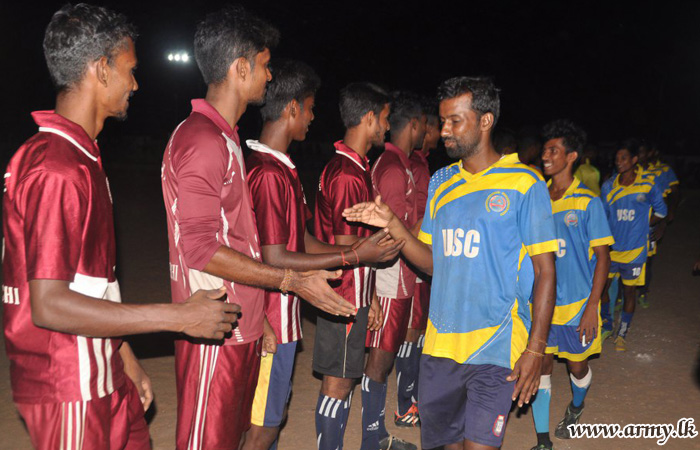 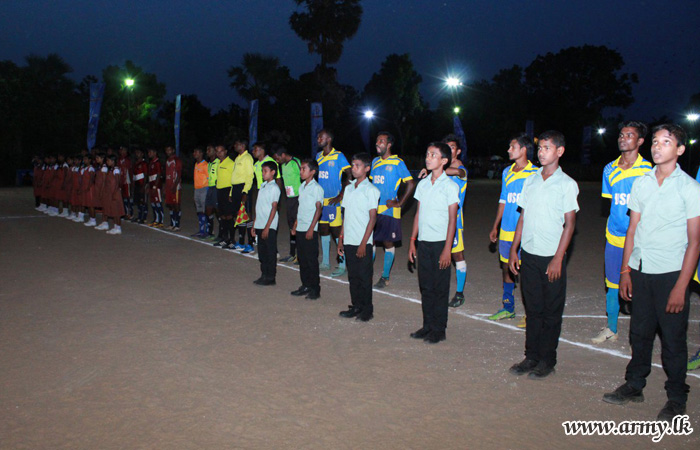 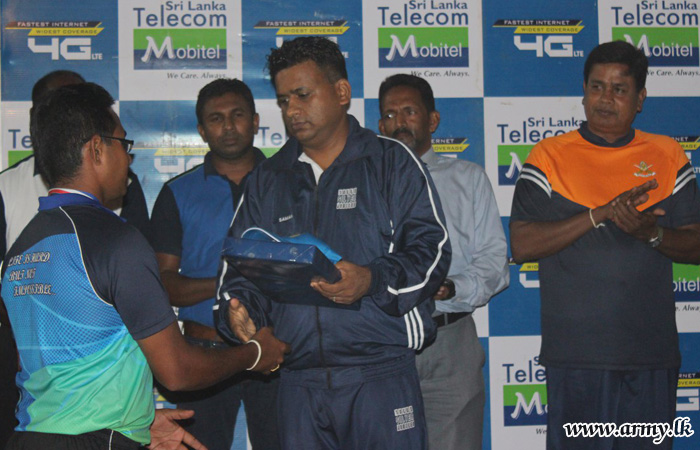 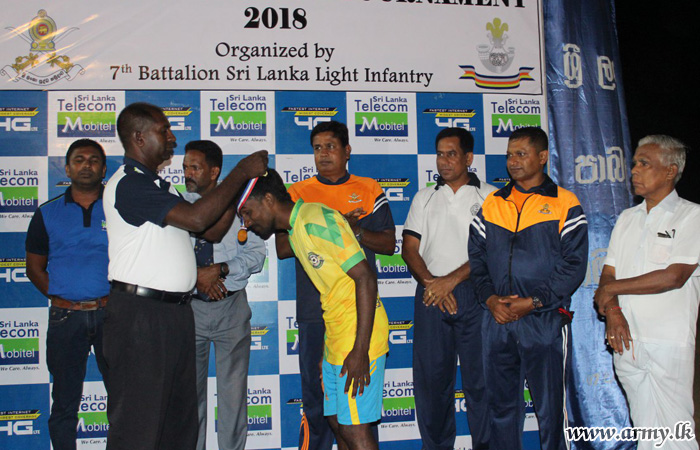 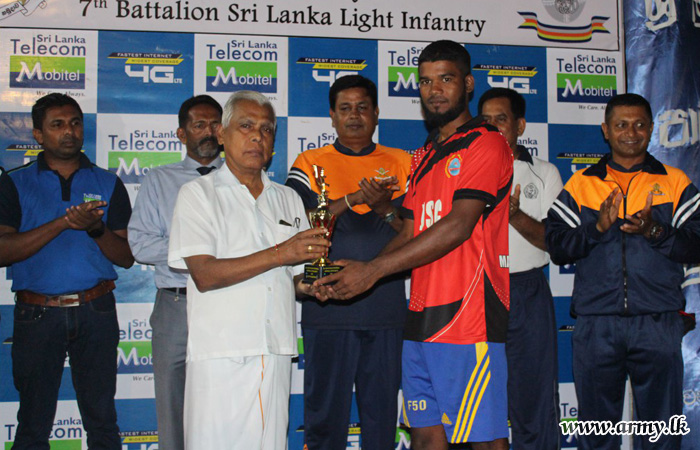 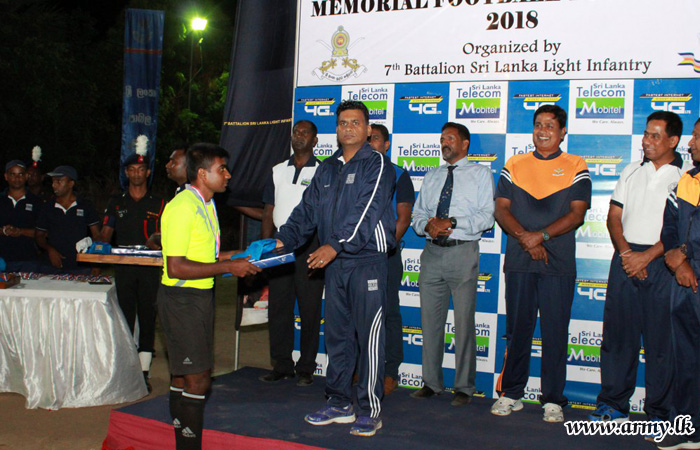 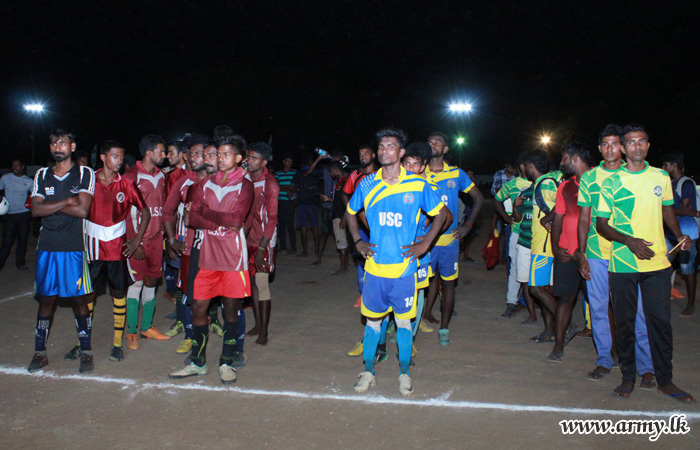 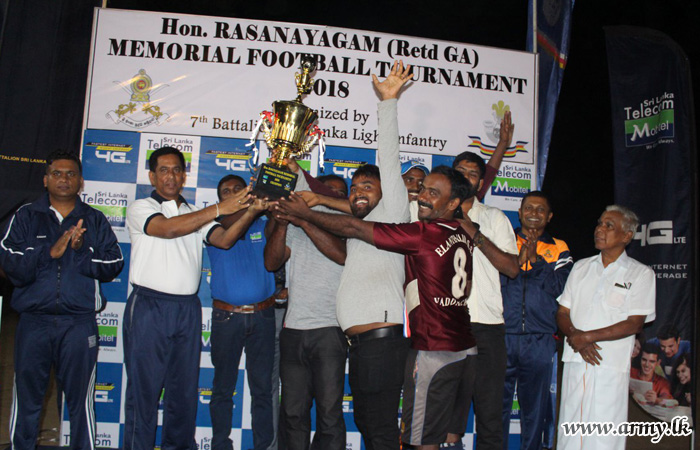 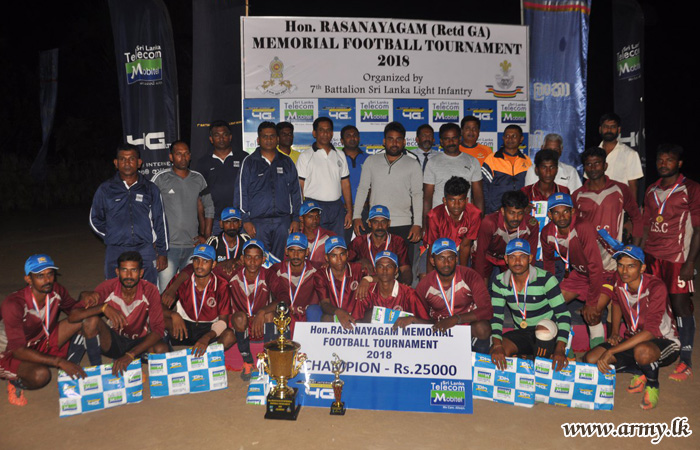