Troops of the 22 Division under the Security Force Headquarters – East (SFHQ-E), together with 306 B1 Lions Club of Pamunugama Jaela, jointly organized a medical clinic at Sri Agraboodi Viharaya in Mollipothana in Trincomalee on Saturday (13).

Over 200 patients received medical consultations and 85 pairs of spectacles were distributed free of charge during this clinic.

Further, 100 more School children and 20 Civilians were respectively provided school accessories and packets of dry rations during the same programme.

Troops provided refreshment and all possible assistance to the patients who participated for the medical clinic from far distant areas of Mollipothana. Lion Dr Jeewantha Perera conducted a lecture on ‘Smiling Life’ for the military personnel. 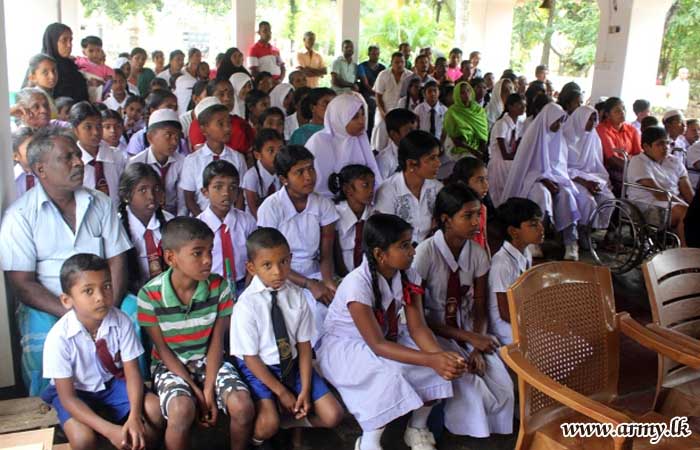 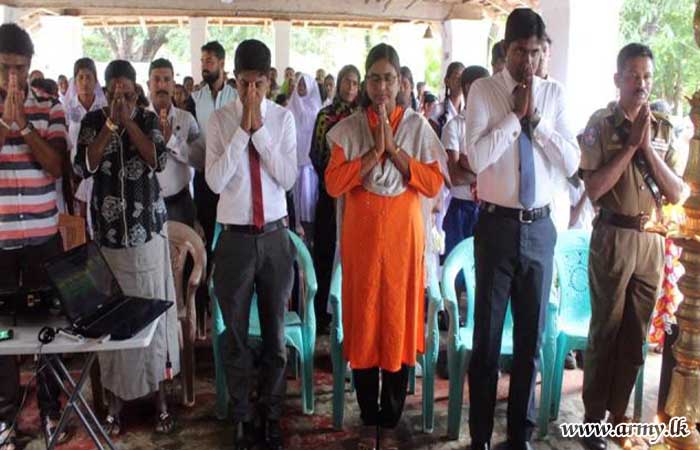 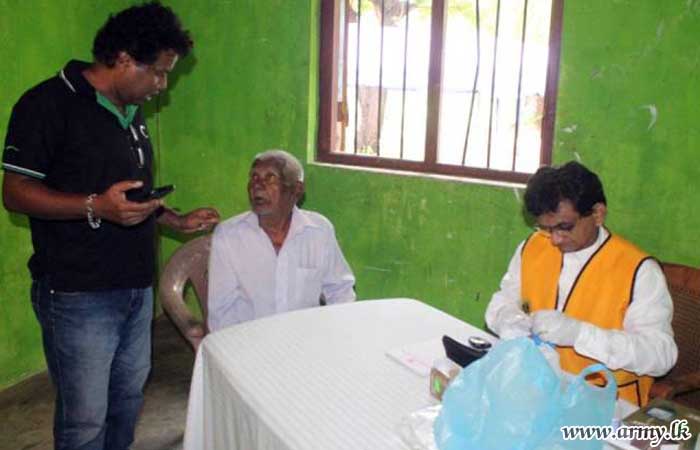 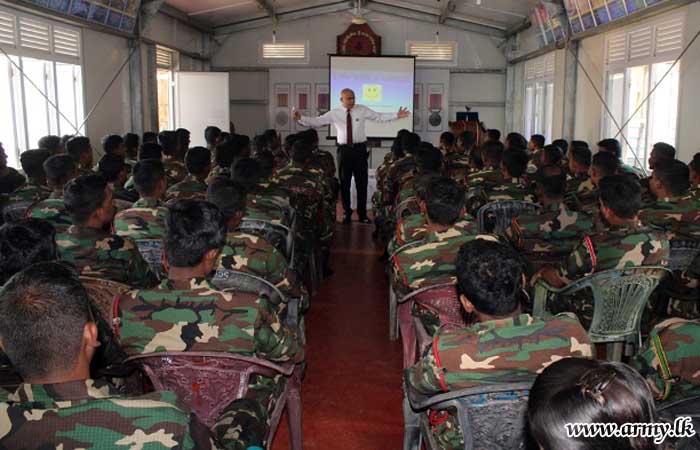