Lieutenant General Crishanthe De Silva, Commander of the Army, together with a group of senior officers, called at the ‘Ranaviru Sevana’ Ragama (Rehabilitation Centre for Disabled War Heroes) this morning (2) with the intention of extending New Year - 2017 greetings to them.

Showing a fatherly concern towards those inmates, the Commander walked up to their beds in all three wards and gave away 63 gift parcels to them after talking to some of those bed-ridden War Heroes. On arrival at the venue, the Commander was received by Major General A.S. De Z Wickramaratne, Adjutant General of the Army, together with Brigadier Hemantha Kulathunga, Commandant, ‘Ranaviru Sevana’ and Brigadier S.K Thirunavukarasu, Director Rehabilitation of the Army.

A few minutes later, the Commander took time off to have a look at the ‘Ranaviru Sevana’ – managed unit in the premises for production of prosthetics for disabled War Heroes of the Army and sister services. During his pause there, the Commander inquired into various technical aspects of interest, related to the process and appreciated their commitment to the cause.

Meanwhile, separate teams of senior officers, representing the Commander of the Army went to see Army personnel, receiving medical treatment in 26 more hospitals and specific Main Dressing Stations across the country during morning hours on Monday (2).

Those visitors took gift parcels with them as compliments from the Commander of the Army and inquired into their requirements, if any. 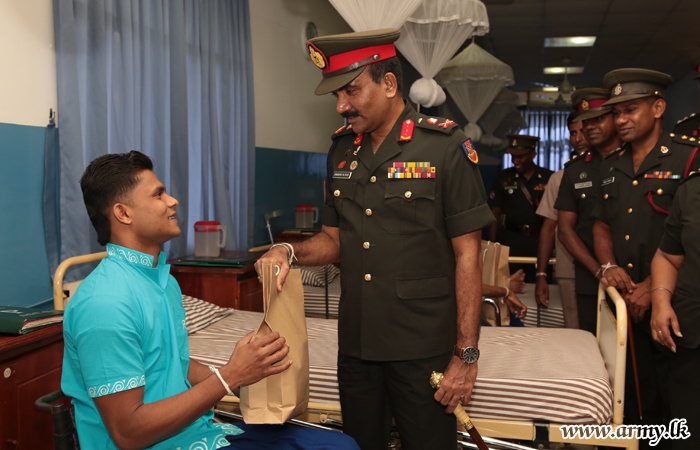 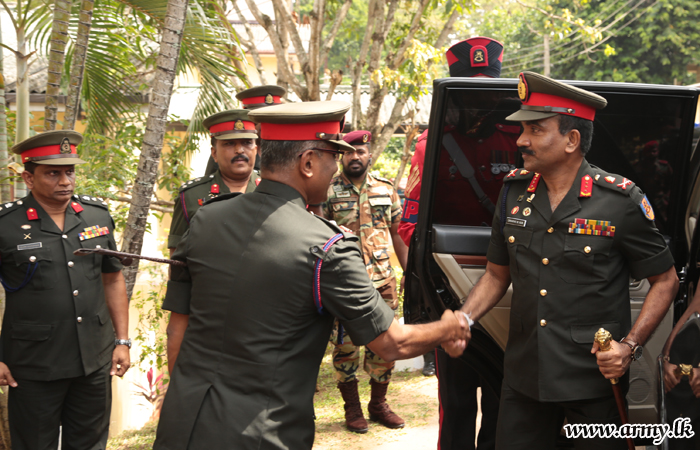 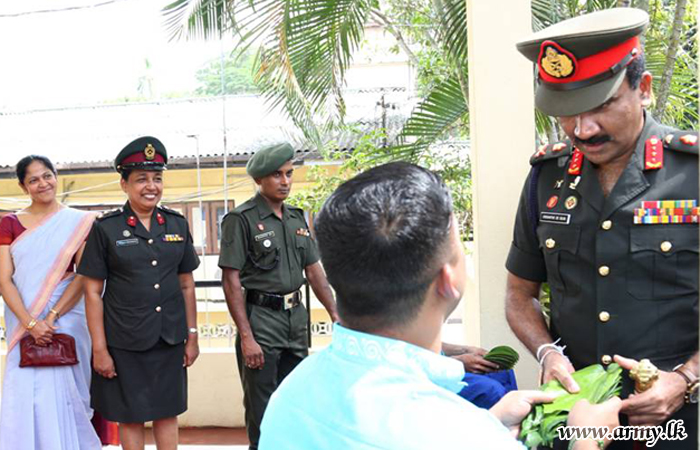 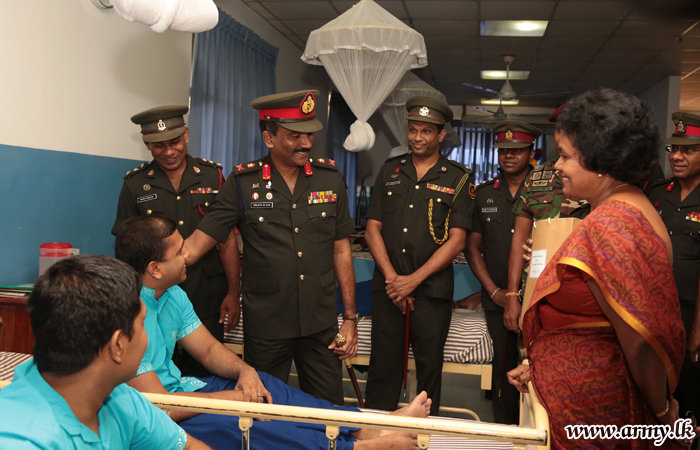 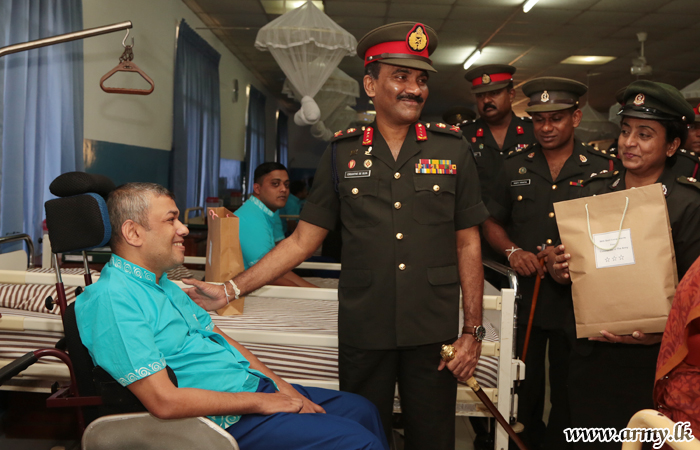 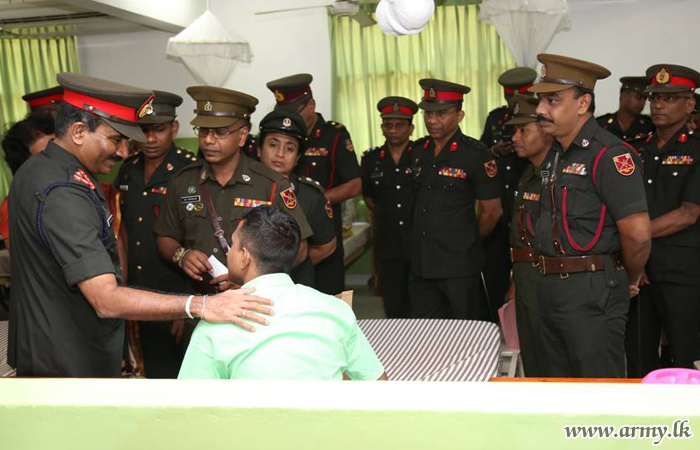 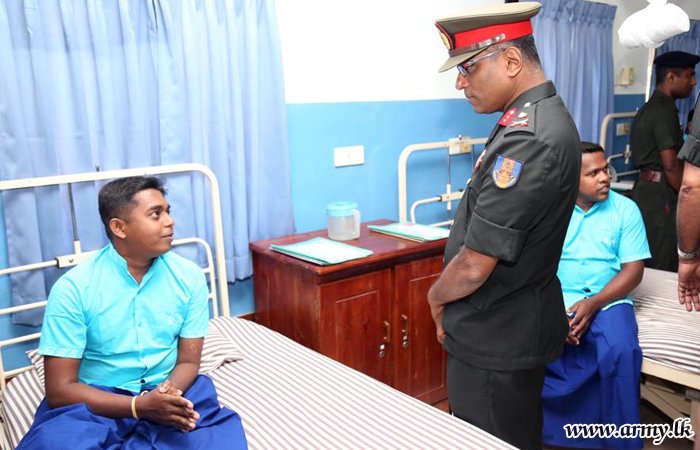 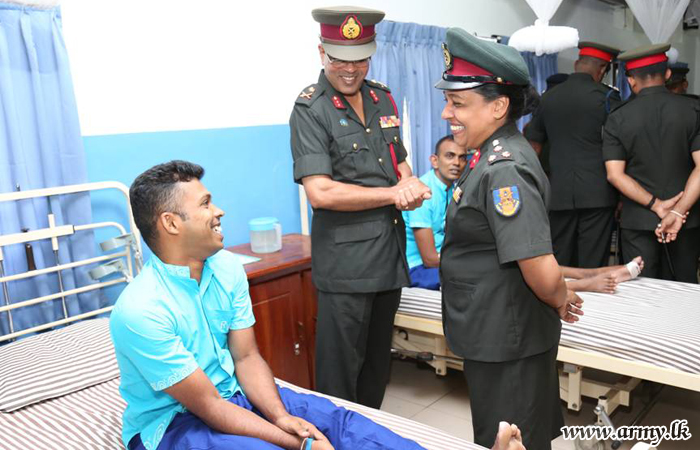 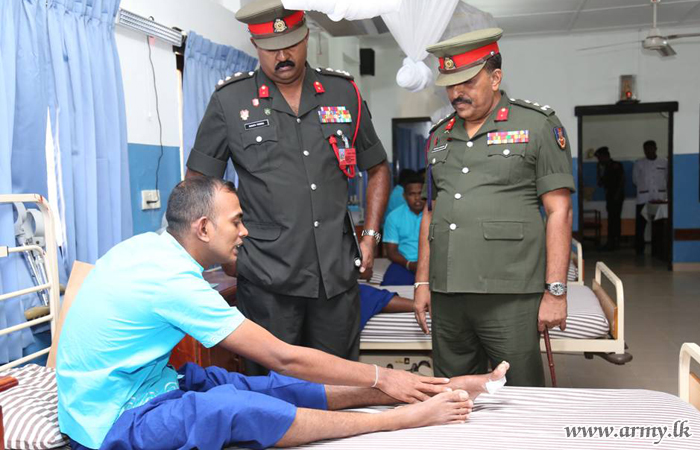 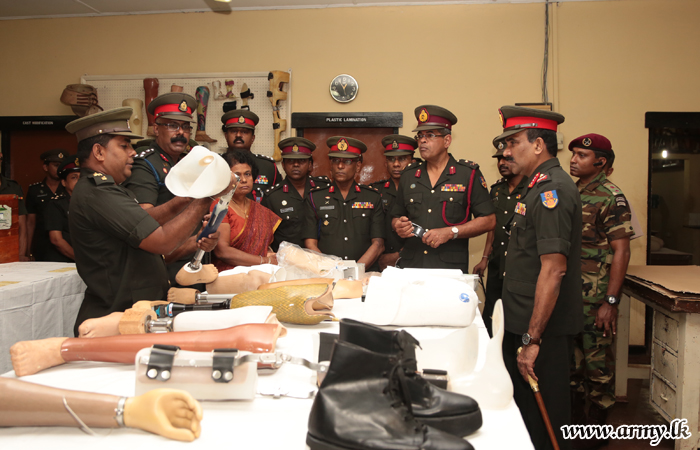 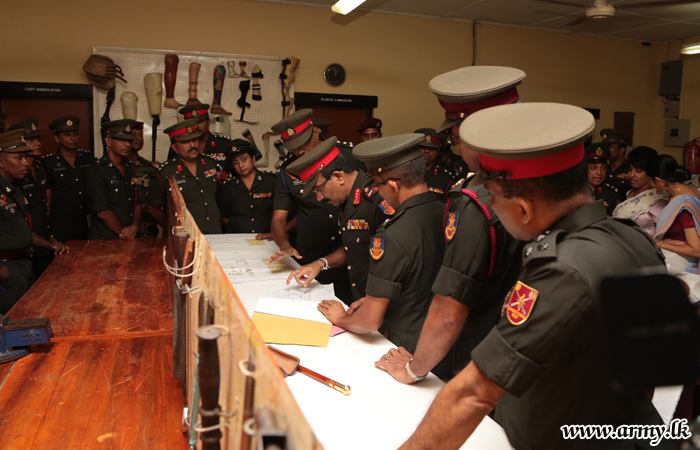