Appreciative of the services of retiring Major General Nevil Weerasinghe, Adjutant General at the Army Headquarters, the acting Chief of Defence Staff and Commander of the Army, Lieutenant General Shavendra Silva invited him to his office this morning (14) and extended best wishes for his future endeavours after presenting him a special memento on the eve of his retirement from the Army.

Lieutenant General Shavendra Silva commended Major General Weerasingha’s contribution to the organization, spanning more than three decades and shared a few thoughts with him during the brief interaction at the Commander’s office.

The outgoing Senior Officer also thanked the Commander of the Army for his wishes and the thoughtfulness. Towards the end, Lieutenant General Silva awarded a special memento to the retiree as a symbol of appreciation and commendation.

Major General Nevil Weerasinghe of the Sri Lanka Engineers during his tenure has served many command and staff appointments in his Regiment and the Army. He also served as the Assistant Military Liaison Officer at the MoD and the General Officer Commanding, 22 Division in Trincomalee before he was appointed to the office of the Adjutant General. 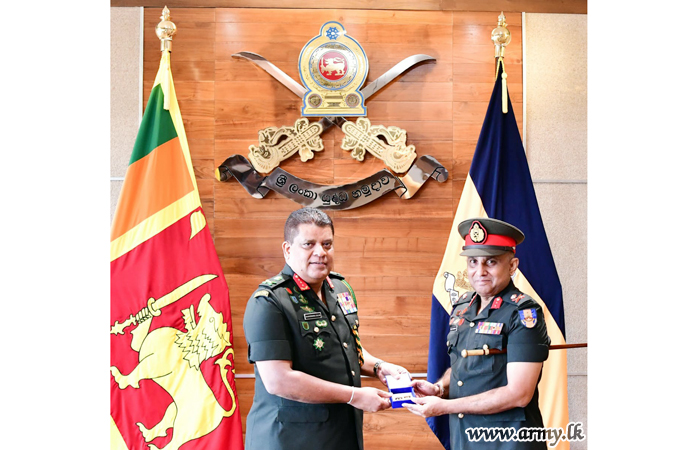 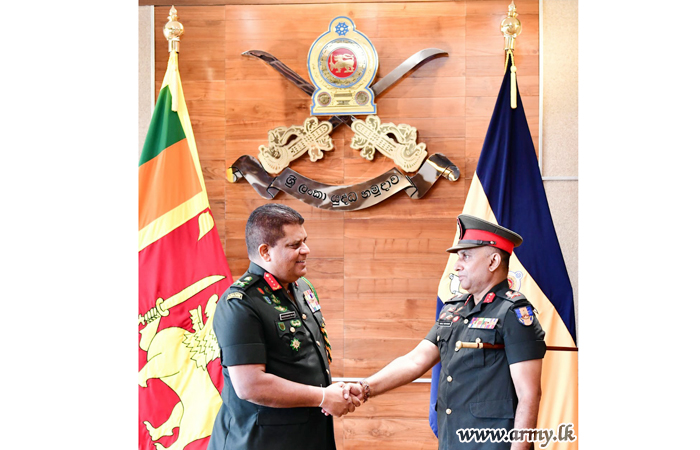 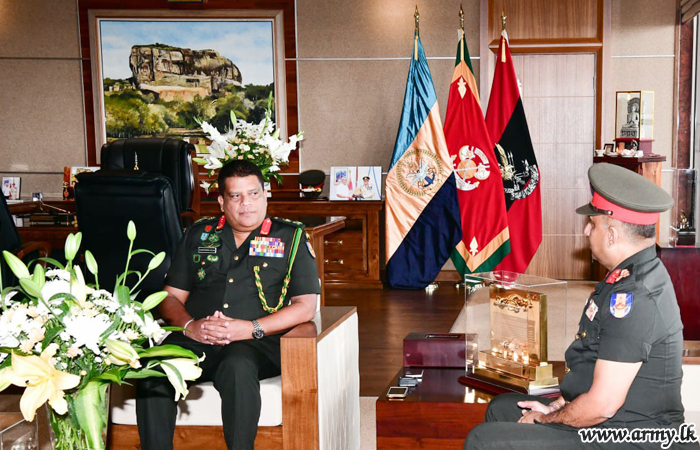 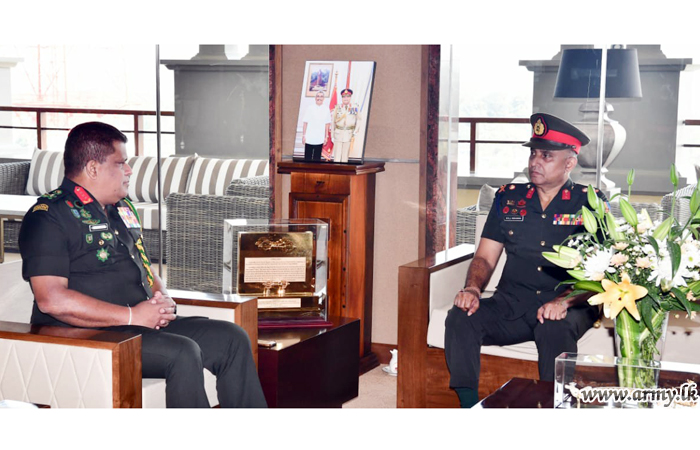 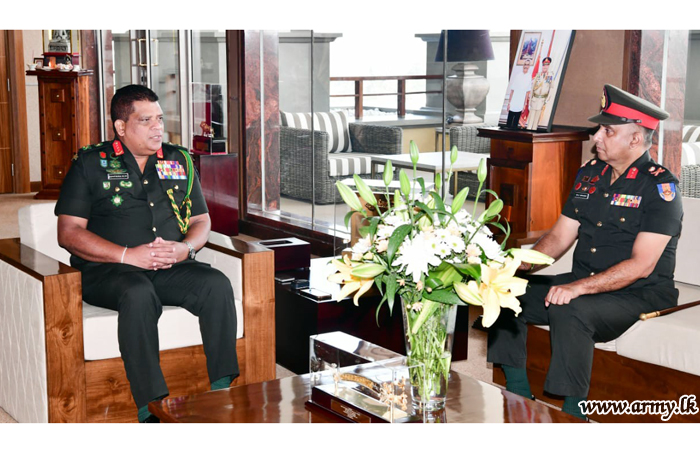 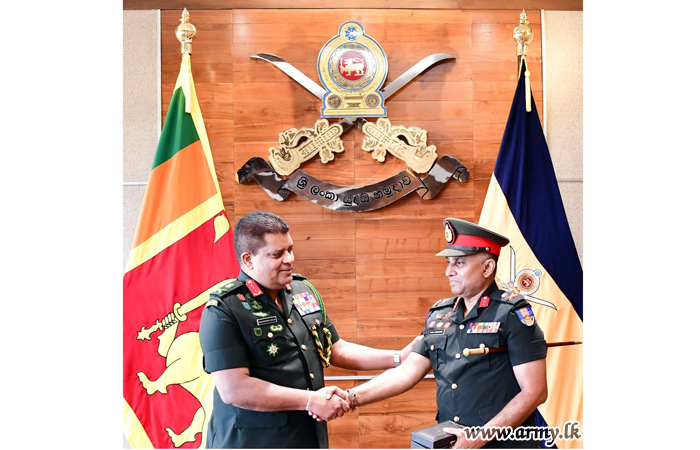 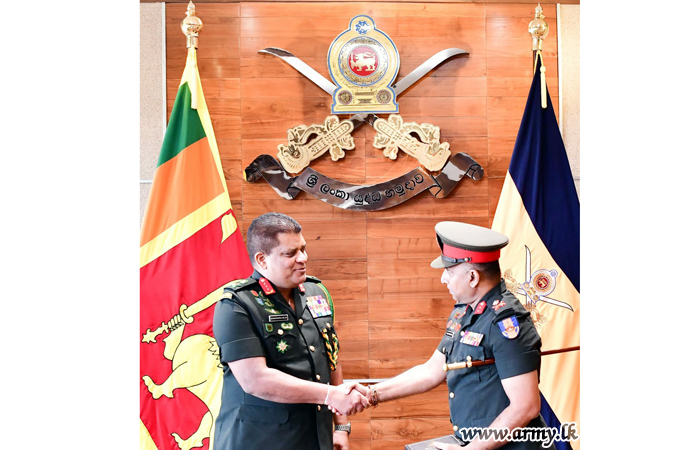 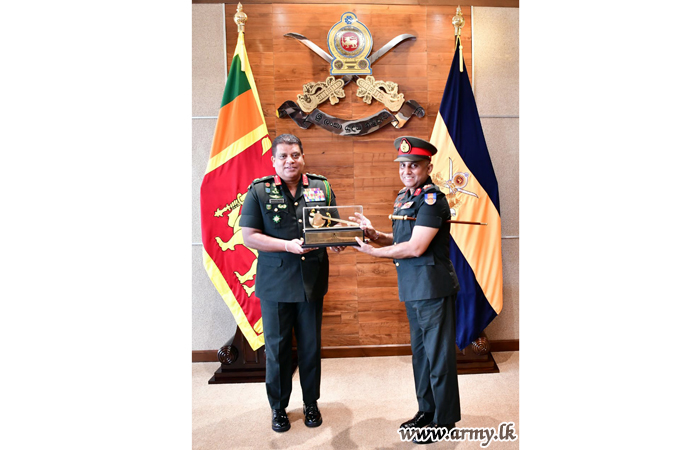 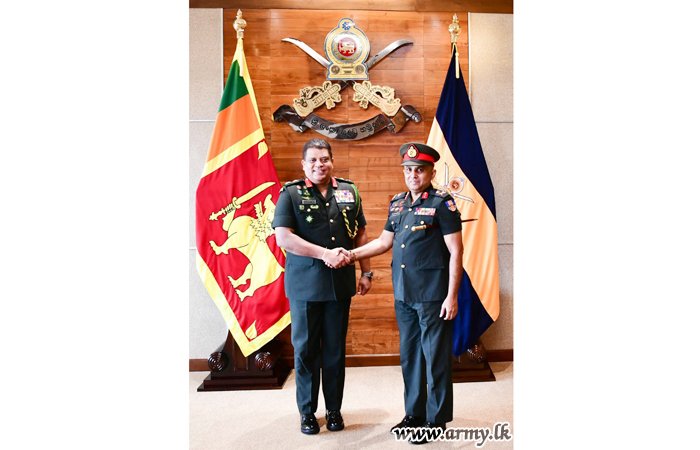