General Chang Wanquan, State Councillor and Minister of National Defence of the People’s Republic of China (PRC) currently in Sri Lanka on an official visit called at the Defence Services Command and Staff College (DSCSC) at Sapugaskanda this morning (21) where several foreign undergraduates are also reading for the ‘psc’ degree course.

On arrival at the premises, the visiting Chinese Minister of National Defence was warmly received by the Commandant, DSCSC, Major General Amal Karunasekara at the entrance to the DSCSC.

Afterwards, he was invited to proceed to the dais to receive the salute in the Guard of Honour, presented by troops of the Sri Lanka Light Infantry (SLLI) at DSCSC grounds. In the company of Major General Karunasekara, the Chinese Minister of National Defence received the honours from a special dais in conformity with military traditions.

Minutes after the salute, General Chang Wanquan, introduced members of his visiting delegation to senior Officers in the DSCSC as a courtesy and watched a brief presentation on the role and tasks of the DSCSC and its curriculum. Several tri service Officers at the DSCSC were present at the occasion, together with members of the Chinese delegation.

Towards the end of the day’s meeting, the DSCSC Commandant, appreciative of General Chang Wanquan’s visit to the venue, presented him a special memento which symbolizes the college’s crest. The gesture was reciprocated by the visiting Chinese Minister of National Defence. He also left a few lines of thoughts in the DSCSC visitors’ book at the request of the DSCSC Commandant as memories. 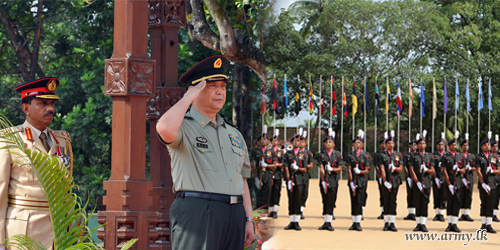 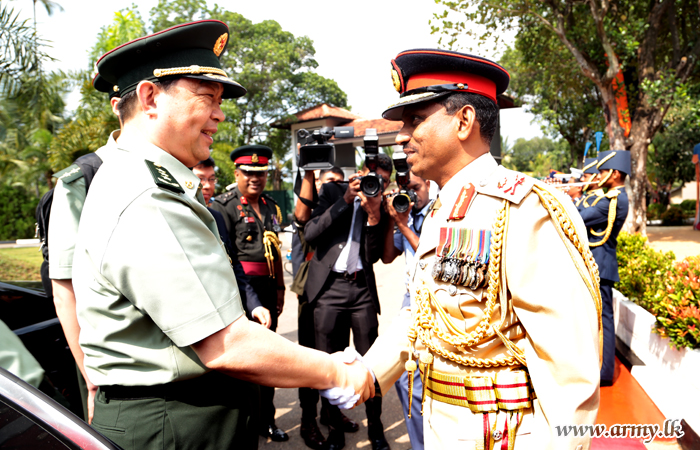 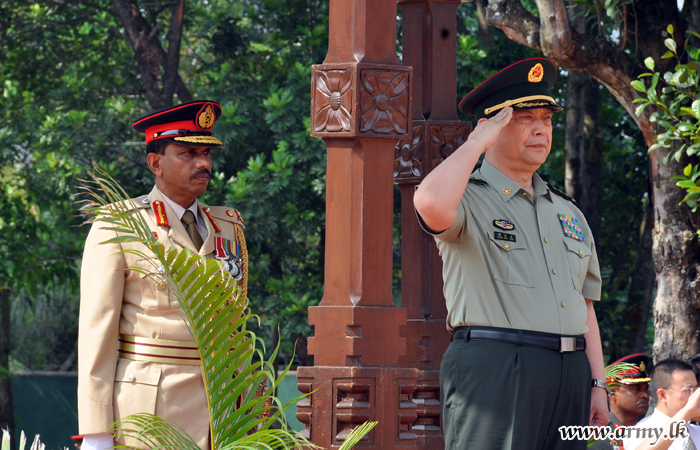 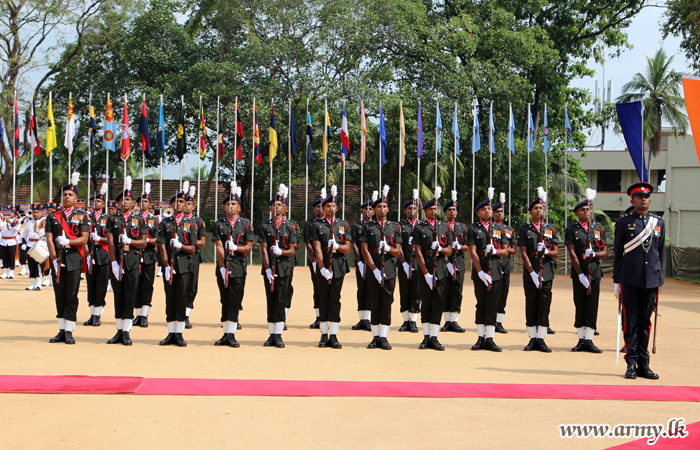 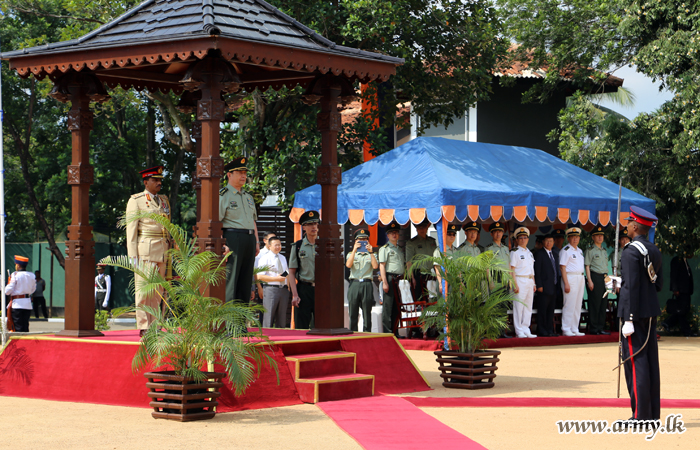 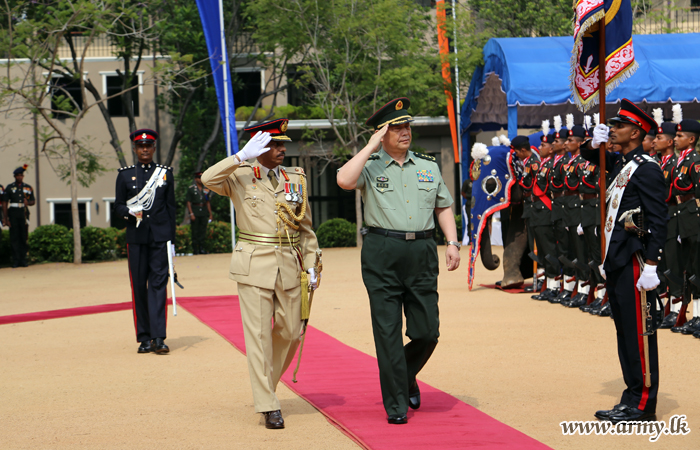 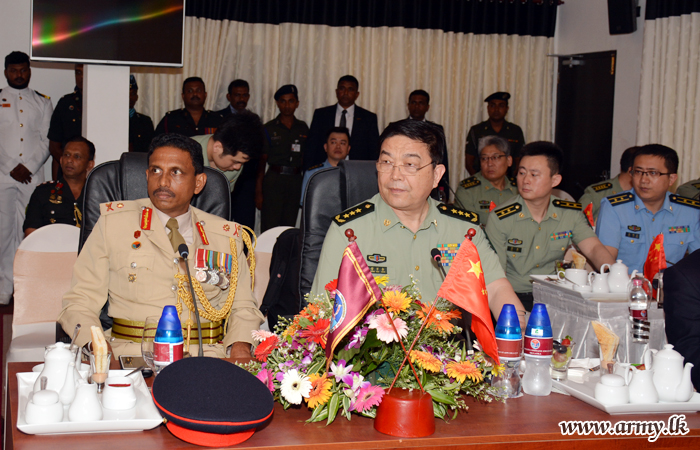 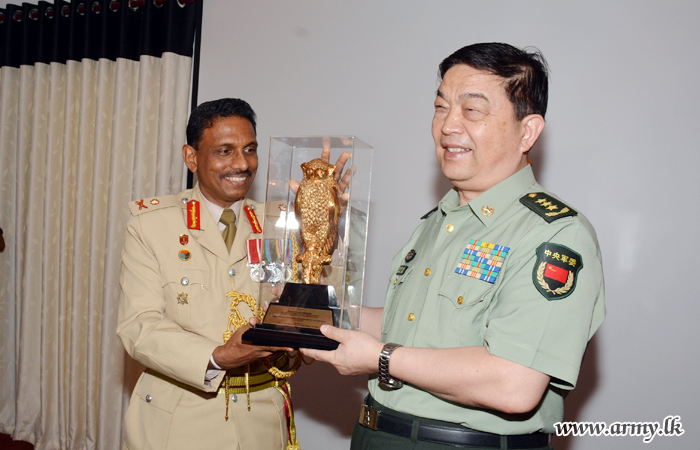 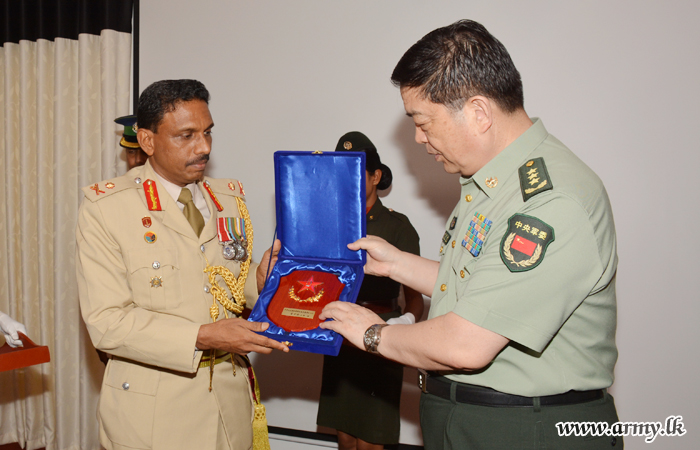 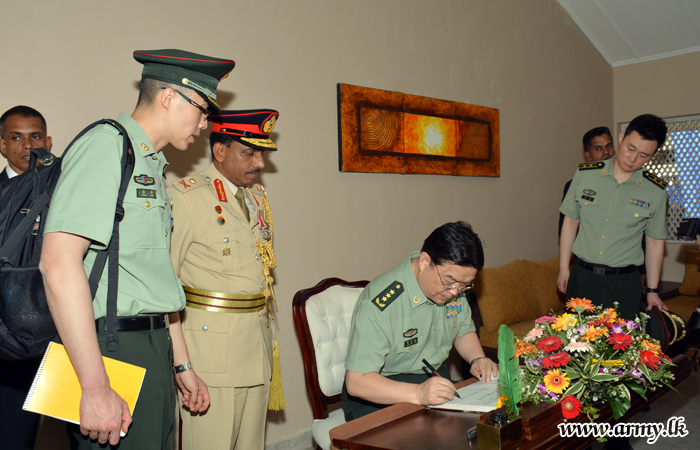