Testifying to the high standards of discipline and conduct among members of the Army, the organization’s one of the most attractive multi-coloured events, the Inter Regiment Drill and Band Display took center stage on Wednesday (23) evening at Panagoda Sri Lanka Artillery Parade grounds.

Engineer Karunasena Hettiarachchi, Secretary of Defence as the Chief Guest graced the event at the invitation of Lieutenant General Crishanthe De Silva, Commander of the Army. Both in the company of Navy and Air Force Commanders, senior officers of the tri-services and invitees witnessed the spectacle.

Attired in eye-catching and elegant dresses, members of Army Bands began to rent the air with their rhythmic and soothing melodies showing their band playing talents, amidst loud cheering.

The climax of the day’s events surrounded in curiosity reached the agenda with the onset of presentation of trophies, medals and certificates to Best teams, Best platoon leaders, both men and women in respective drill platoons and leaders in Best Band display teams.

In the Inter Regiment Drill competition, the Sri Lanka National Guard (SLNG) emerged as the 1st and the Best in the year 2016 and the winners were declared amid a thundering applause.

SLSR meanwhile was adjudged the best in the band competition and claimed the trophy for the 1st place in the Band competition. 2nd and 3rd places were secured respectively by Sri Lanka Army Service Corps (SLASC) and Sri Lanka Electrical and Mechanical Engineers (SLEME) for band display.

In a brief address to the occasion after award of trophies, Engineer Karunasena Hettiarachchi, Secretary Defence extended his praise and appreciation to all the members in Bands and Drill display teams and commended them for their quality performances.

A large gathering of senior officers, officers, other rankers, school children and invitees attended the awarding ceremony at Panagoda.

The Chief Guest took time off to congratulate each and everyone of the achievers towards the end of the event. 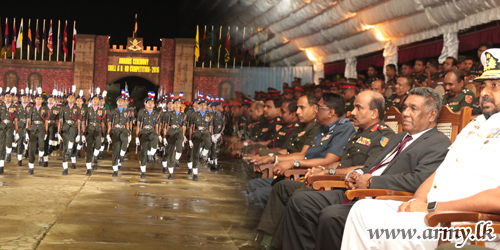 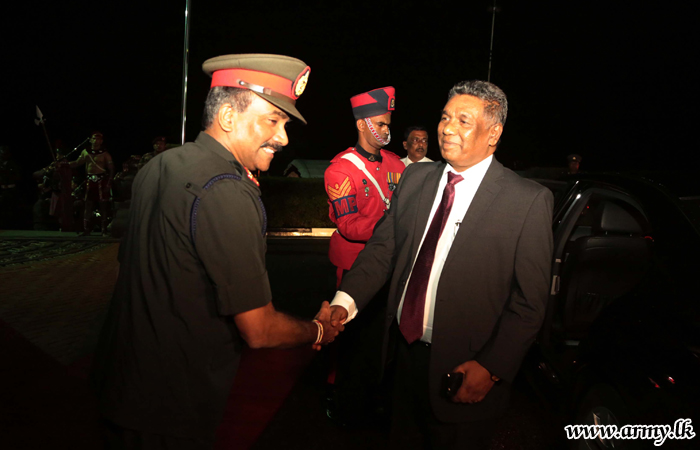 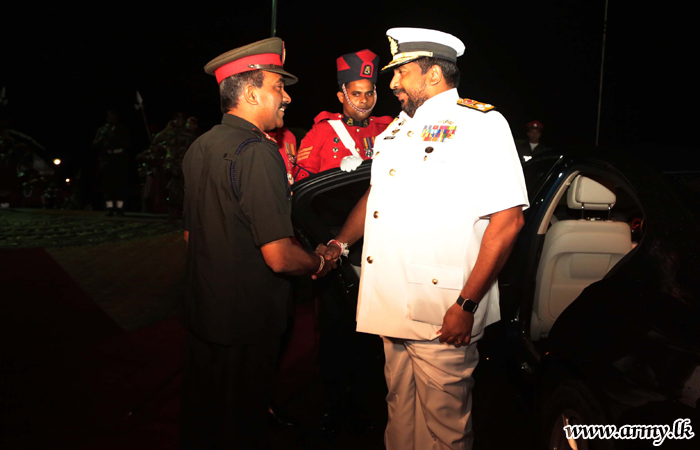 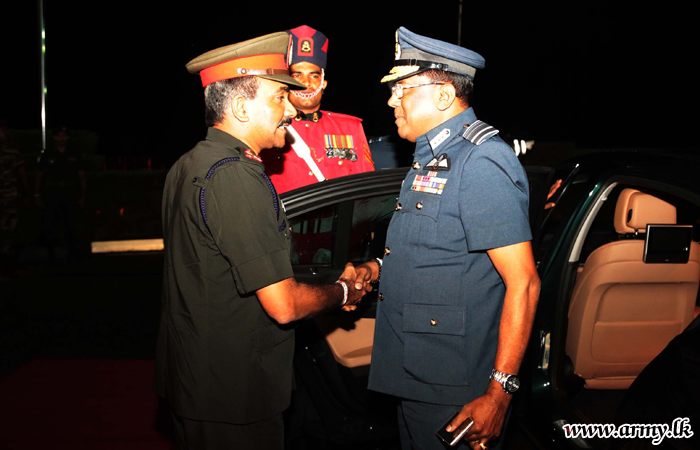 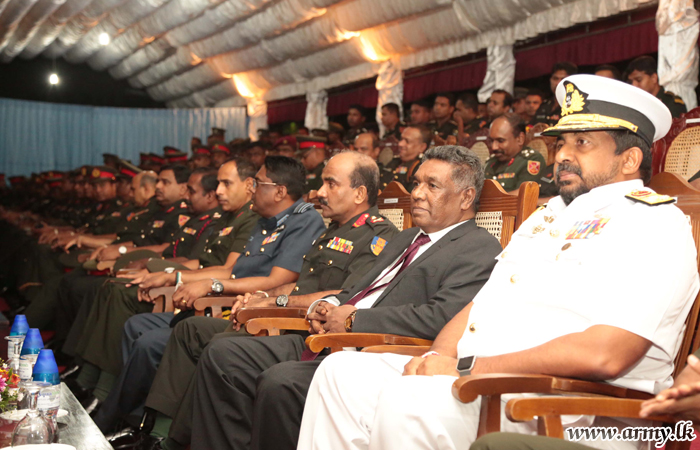 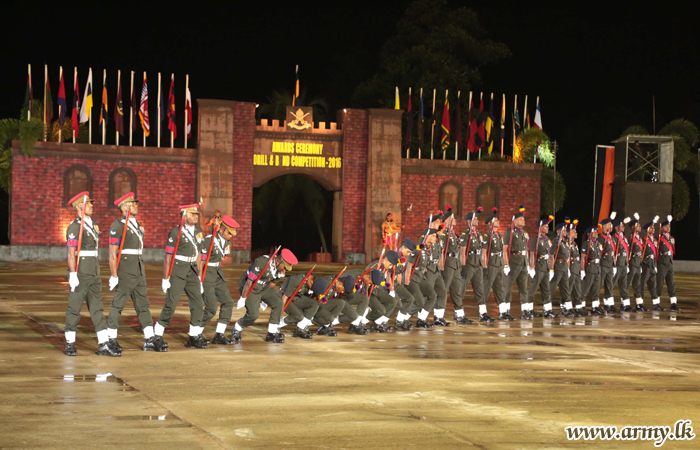 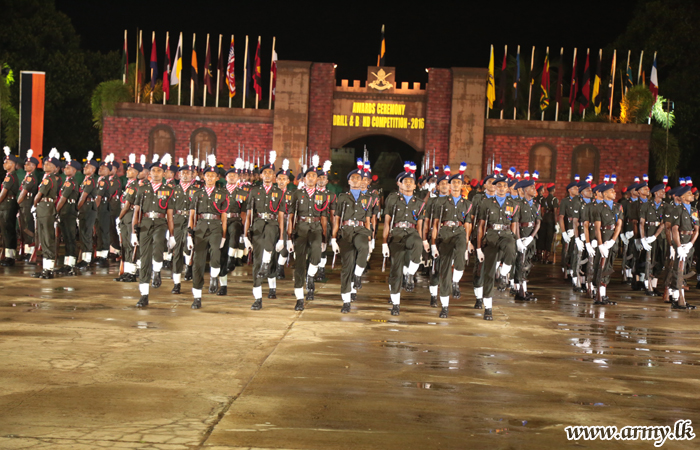 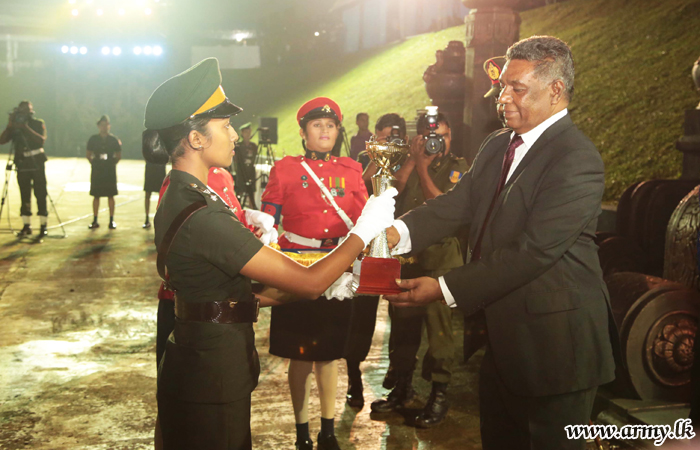 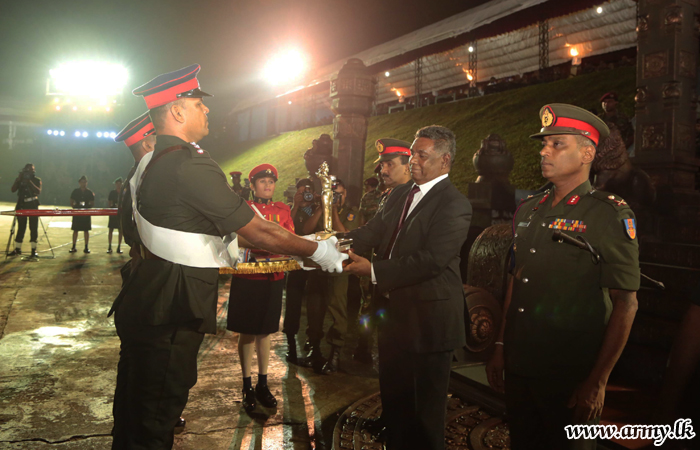 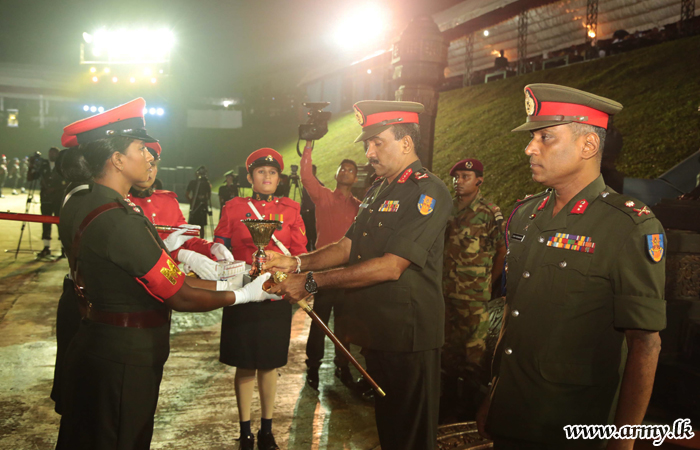