Troops of the 18 Gemunu Watch (GW) of the Security Force Headquarters - Central (SFHQ- Cen), in another instance of community service on Tuesday (6) took immediate steps to bring a fast spreading bush-fire under control in the general area of Suduwathurawa, Kumbukkana in Moneragala area.

The fire that broke out early morning was brought to the notice of the troops of 18 Battalion the Gemunu Watch (18 GW) serving Wellawaya area under the 121 Brigade who rushed to the area swiftly and brought it under control.

More than 30 personnel at ground level contributed to wrest control of the fast spreading fire on the directions of Major General Rukmal Dias, Commander, Security Forces - Central (SF-Cen) under the supervision of General Officer Commanding, 12 Division.

However, another bush fire that erupted in Moneragala area under the same Division was also effectively doused late night on the same day (6). 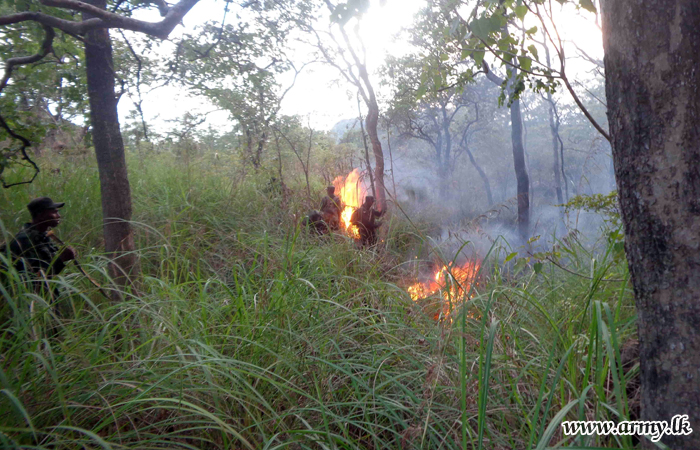 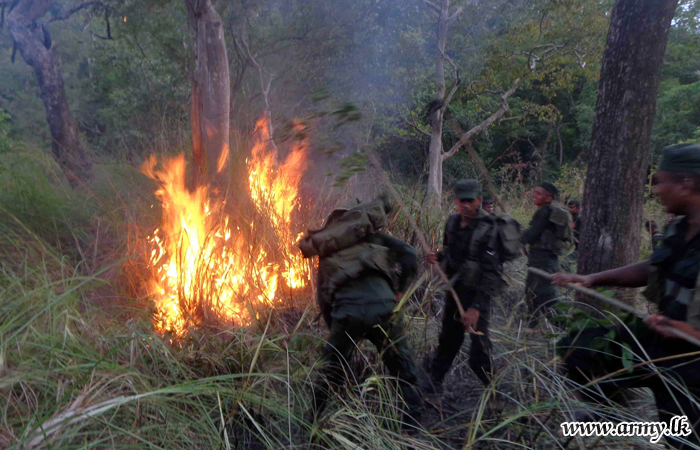 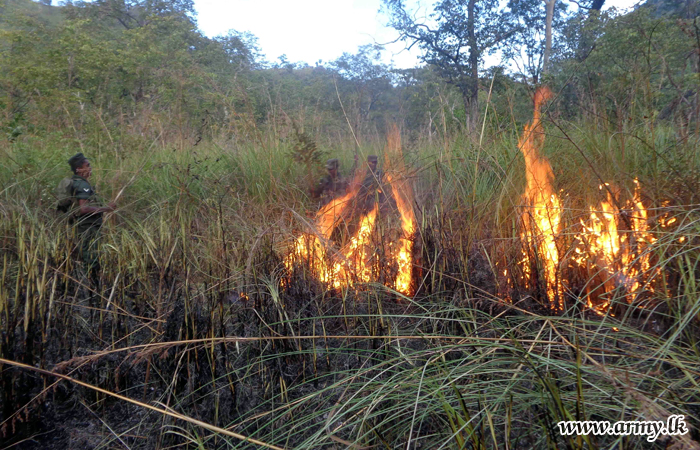