The championships were open to both serving and reserve personnel in the British Armed Forces and Cadets. Civil and international military teams were qualified to enter the open category in all events of the parachute championship.

The eight man Sri Lankan Army team was represented by 4 Officers and 4 Other Ranks of the Commando Regiment (CR) and the Special Force Regiment (SF).

After the tournaments, Sri Lanka Army Team was invited to take part in a parachute display during the closing ceremony along with Red Devils, Golden Knights and other professional display teams of the UK.

Sri Lanka Army team excelled in the 5 way stack (Canopy Formation), which was highly appreciated by the Chief Guest, distinguished invitees and all officials who were present at the ceremony.

This was the first time Sri Lanka Army skydiving display team performed on a foreign soil. 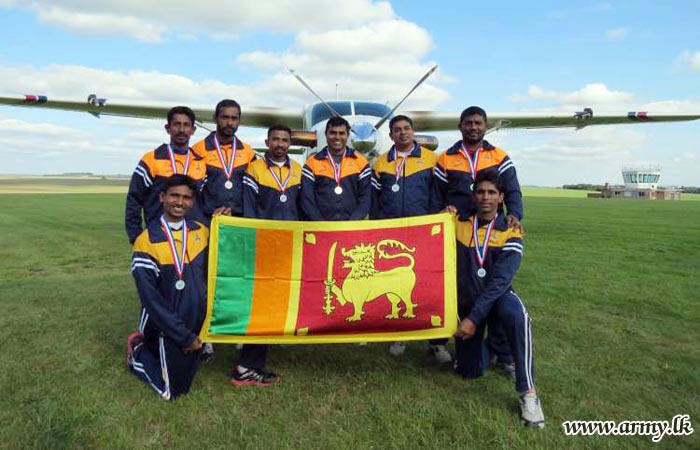 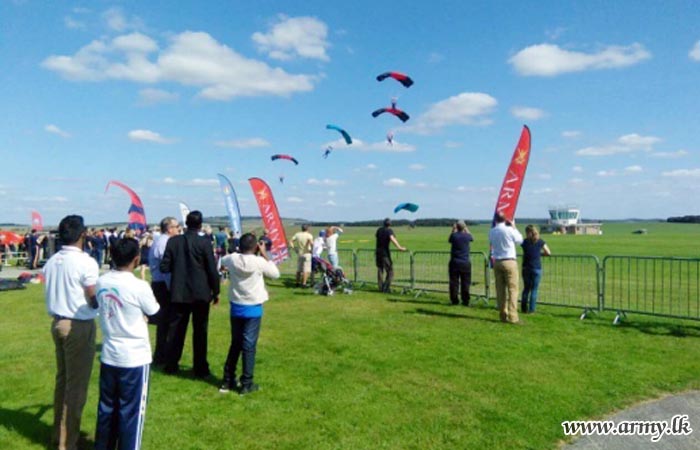