661 Brigade troops of the 66 Division under the Security Force Headquarters - Kilinochchi (SFHQ-KLN) coordinated one more community assistance programme, expanding its welfare measures to help students and sportsmen further in the Kilinochchi area and distributed shoes during a simple ceremony at Paramamkirai Government Tamil School on Tuesday (10).

Gift packs consisted of a shoe pair that can be used by children of 1-10 years of age.

Under the project, 142 students received gift parcels while the members of Sports Clubs in Paramamkirai area also simultaneously received those donations on Tuesday (10). 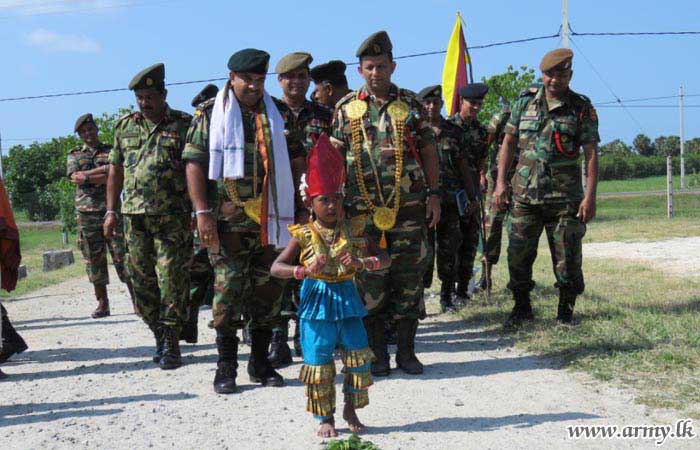 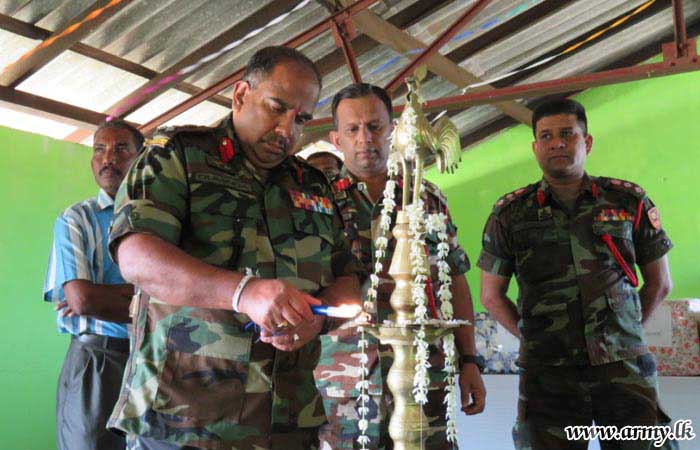 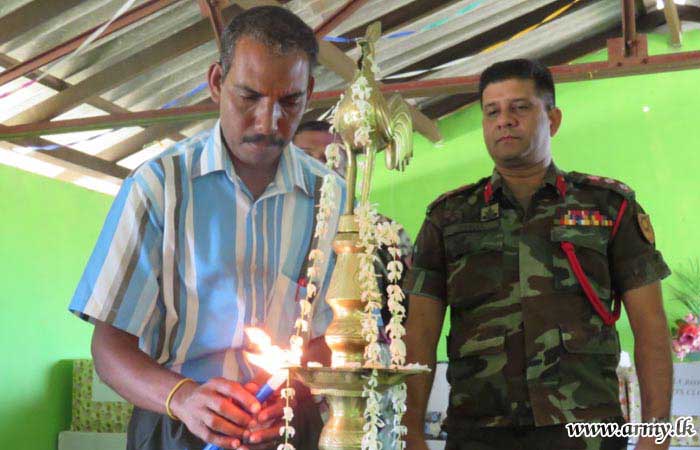 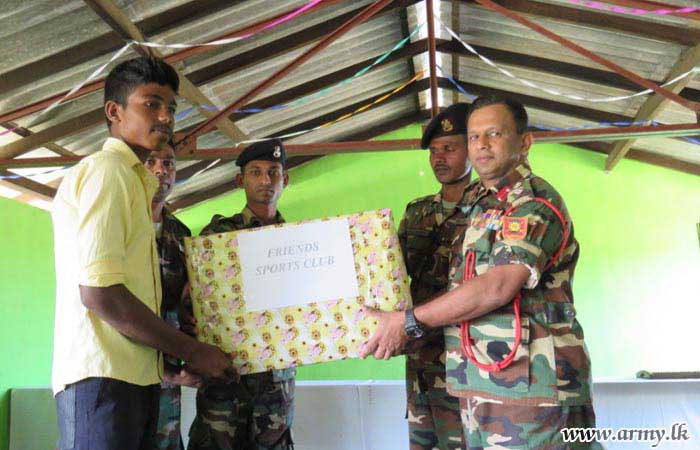 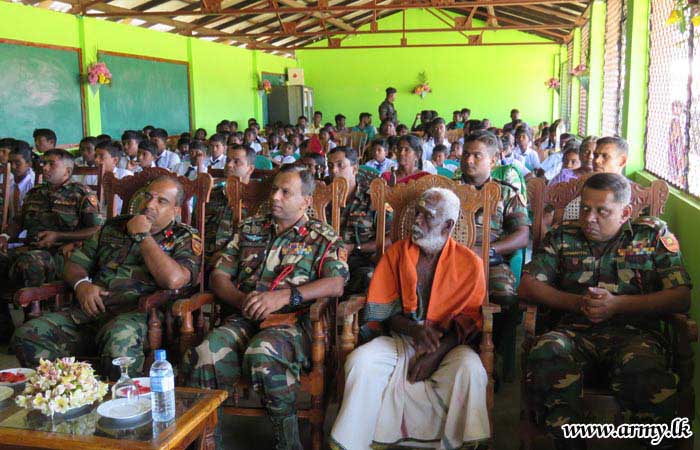