682 Brigade troops under the 68 Division of the Security Force HQ - Mullaittivu with the aim of improving economic standards of poor people in the area gave away 90 coconut saplings among 30 families, resident in Maligathivu Grama Niladhari Division on Sunday (21).

Coconut Development Board and its officials at Puthukudyirippu at the request of the 682 Brigade coordinated and supported the efforts to get those coconut saplings.

In addition, as part of their community assistance project, troops assisted to dig a drinking water well for a needy family, long waited due to lack of water in Manduwil Gramaniladhari Division. They also made free distribution of vegetable seeds, like beans and ladies fingers for cultivation to sections of communities in the area.

Colonel Chaminda Galappaththi, Commander 682 Brigade together with Commanding Officer 4 Sri Lanka National Guards and civilians of the area spearheaded those projects in line with the vision of the Chief of Defence Staff and Commander of the Army. 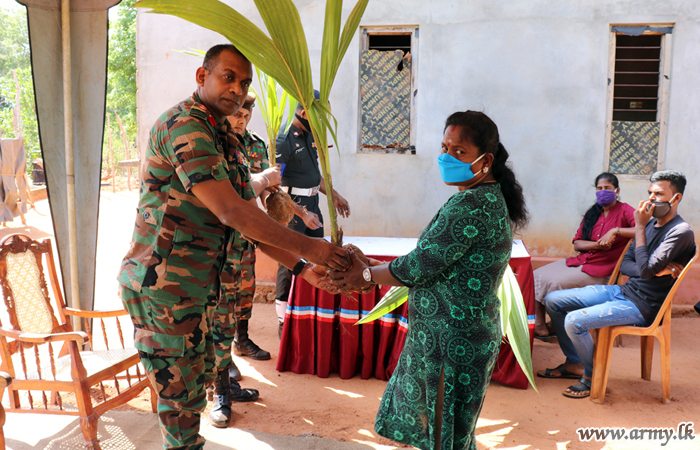 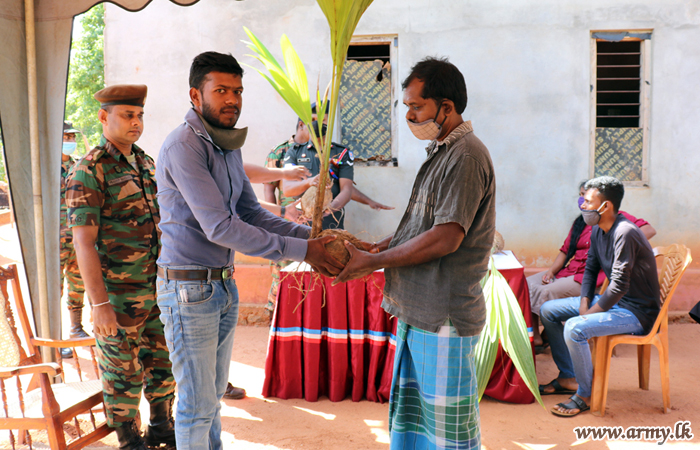 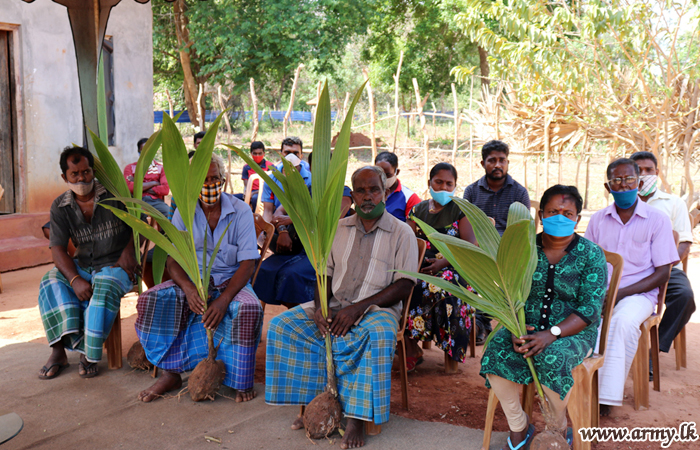 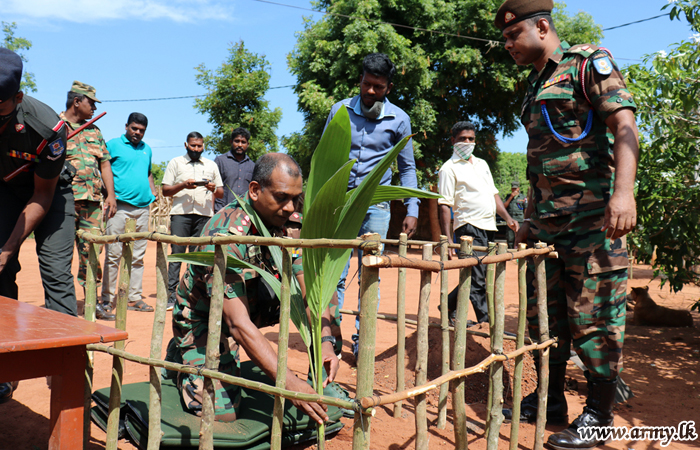