Players of the 11 (Volunteer ) Gajaba Regiment (GR), Lucky Star Sports Club and Mulankavil Maha Vidyalaya emerged as champions in the volleyball tournament, organized by 65 Division Headquarters under three categories as military, civil and schools at Thunukkai during February 20-22.

The aim of this event was to enhance the skills, sportsmanship, goodwill and mutual understanding among volleyball players in the area.

The final game between the 11 (V) GR team and the 20 GR team finally gave victory to 11 (V) GR in the military category.

Two members of the winning 11 (V) GR team, Lance Corporal Jayasinghe was selected as the best attacker and Private Nilanka as the best setter under military category.

Meanwhile, during the final encounter in the civil category, Lucky Star Sports Club of Mallavi beat Sports Club of Akkarayankulam and emerged as champions.

Players, Kanesh Lingam Vinujan and Kandasami Darmendram of Lucky Star Sports Club were awarded as the best attacker and the best setter respectively.

Brigadier Sarath Weerawardena, GOC, 65 Division as the Chief Guest, gave away trophies and certificates to the winners. 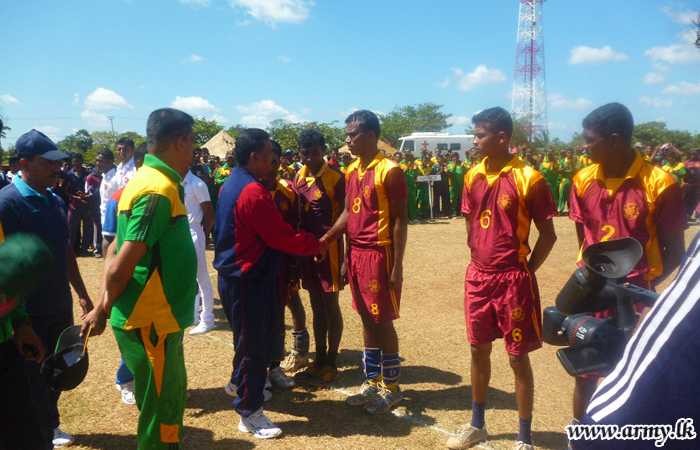 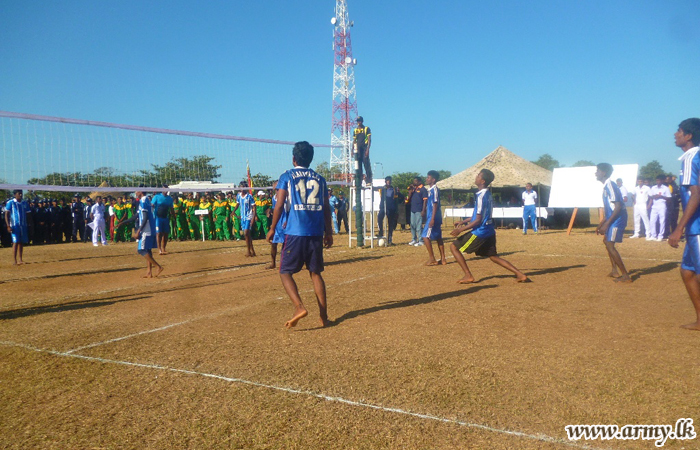 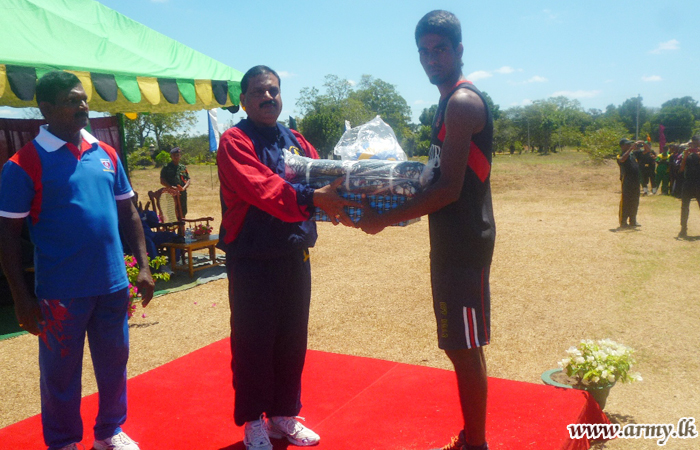 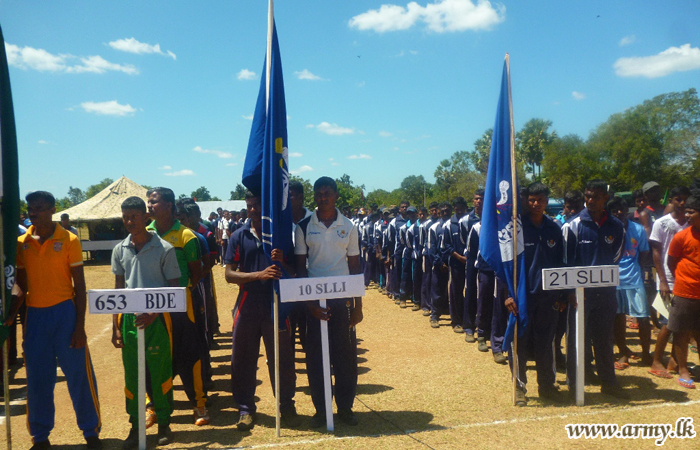 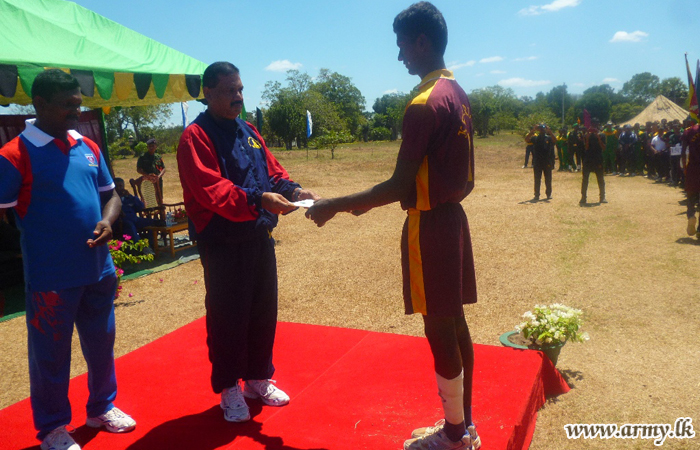