Colonel Kalpa Sanjeewa, Brigade Commander, 621 Brigade and Major H.A.D.G De Alwis, Civil Affairs Officer, 621 Brigade coordinated the donation of six more computers and accessories to students at Kalyanipura Maha Vidyalaya, Weli Oya in the Mullaittivu district with the sponsorship of the Colombo branch of the Hilton Hotel group during a simple ceremony at the school premises on Friday (16).

On a suggestion, made by the Brigade Commander, 621 Brigade, the much-needed computer laboratory consists of 6 new computers with their accessories, computer tables, chairs and wire-less internet connections and it was donated for the use of school students in Kalyanipura.

The ceremony was organized by the troops of the 621 Brigade of the 62 Division under the Security Force Headquarters - Wanni (SFHQ-W).

Computers and accessories were handed over to the school principal in a brief ceremony at the school premises in the presence of Mr R.M Ratnayake, Zonal Education Director, Sampathnuwara Education Zone, teachers, students and parents.

The Commander, Security Forces - Wanni (SF-W), Major General Kumudu Perera has also given his support to the project. 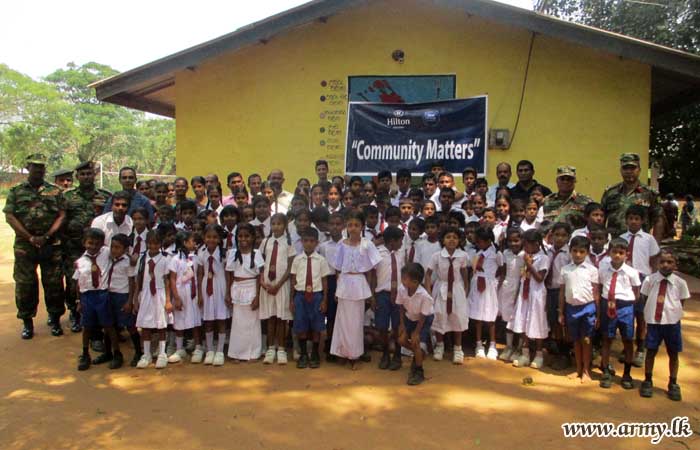 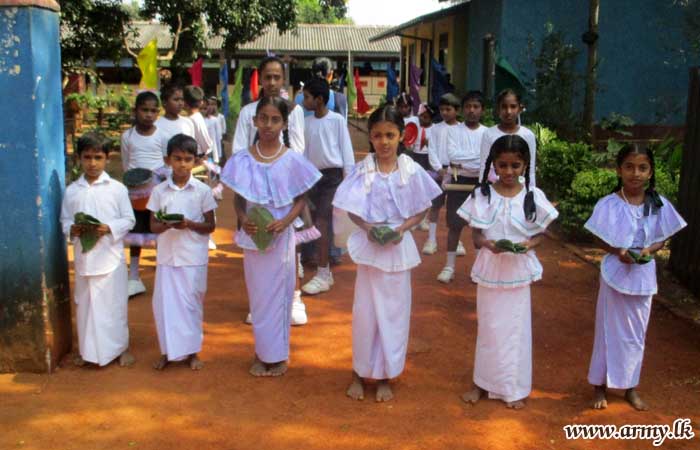 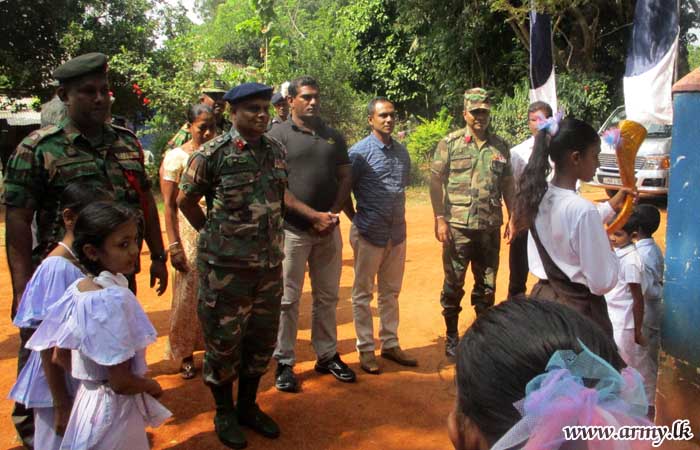 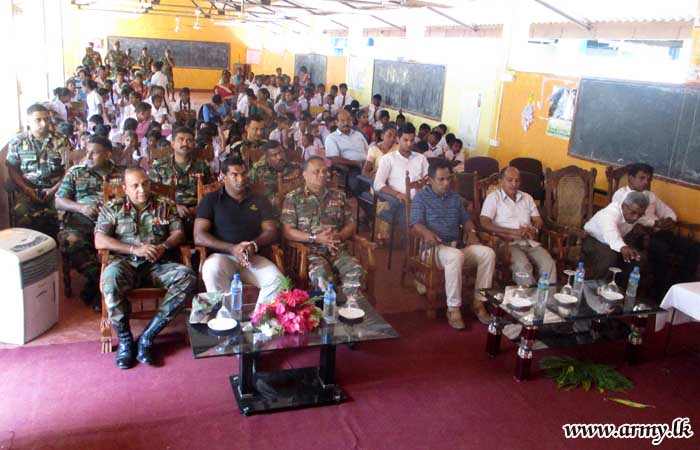 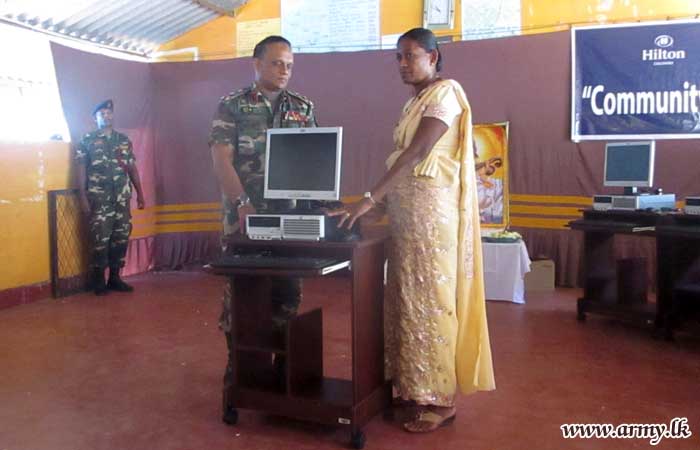 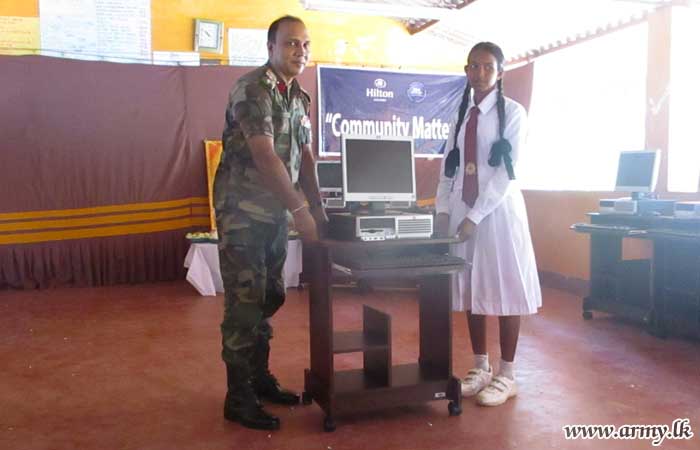 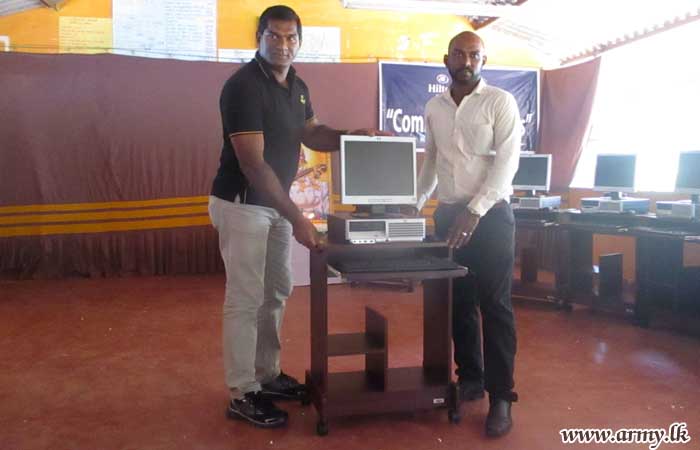 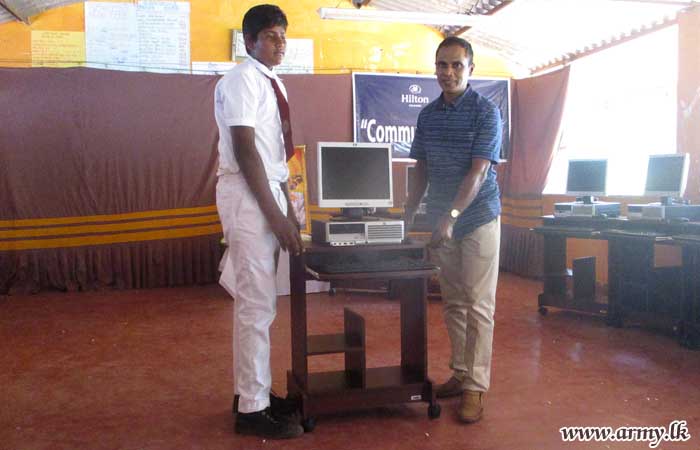 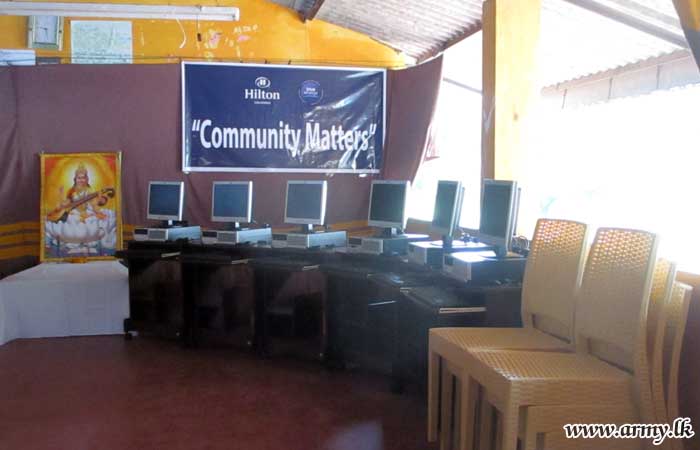