Ampara, Malwatta-based troops of the 24 Division Headquarters of the Security Force Headquarters – East (SFHQ-E) on Thursday (6), together with the Additional District Secretary for Ampara participated in inaugural ceremonies of several community projects, aimed at further promoting goodwill and reconciliation that exist between members of the Army and people in the area.

Technically-qualified Army troops of the 24 Division at first completely renovated late Prof Vipulananda Swamy’s statue in the centre of the town and gave it a facelift since it had remained completely unattended and almost neglected for a long time.

Likewise, the troops, considering numbers of passengers frequenting daily, took steps to repaint and repair the damages in the Wadayanthalawa bus halt on the roadside and also the front portion of the nearby public market by preparing the ground after clearing heaps of garbage, etc.

In addition, troops renovated the three wheeler park, close to the junction and unveiled the new signboard of the 24 Division during the series of projects.

Prof Vipulananda Swamy, who passed away on 19 June 1947 was a renowned educational reformist in the Eastern Province who also worked as the pioneering founder of the Sri Lanka Ramakrishna chapter. He was a well known author, well-read teacher and a poet, in addition to his role as a Tamil literature critic. His contribution to the social reforms in the Tamil and Hindu culture earned him much respect among Tamils in the East. Born in Karthieevu on 27 March 1892, he had also contributed to the promotion of co-existence, harmony and unity in the province. 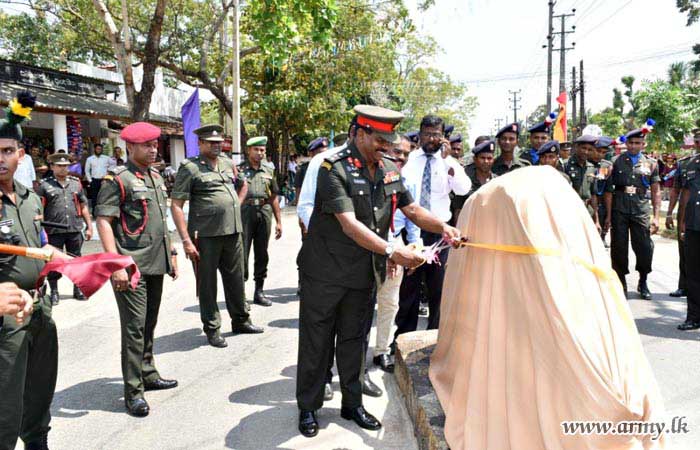 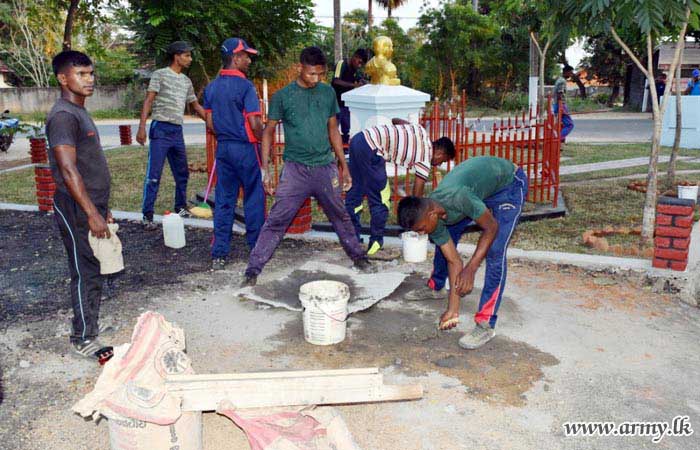 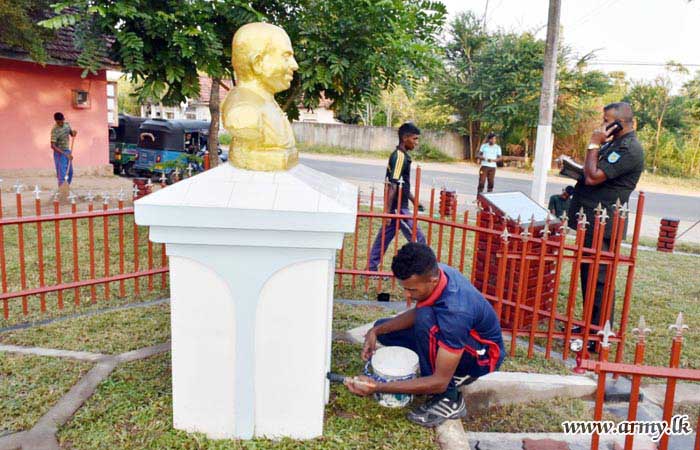 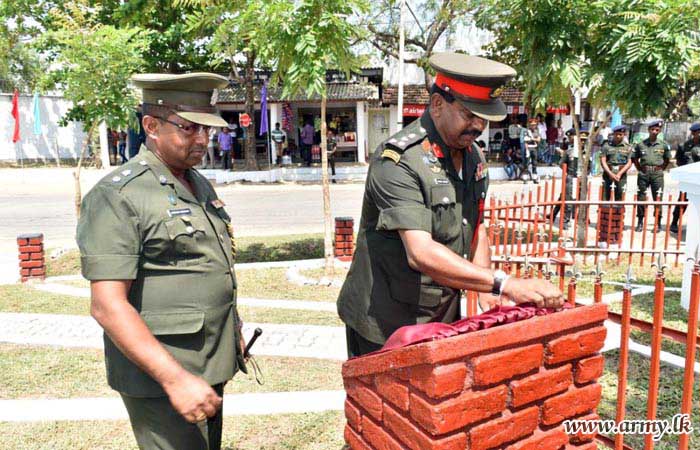 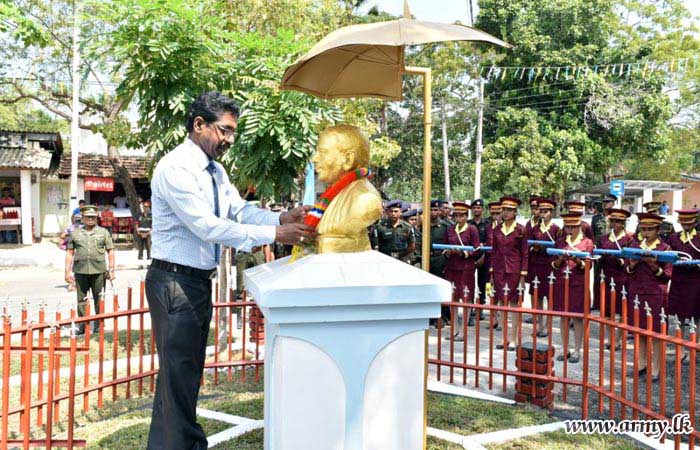 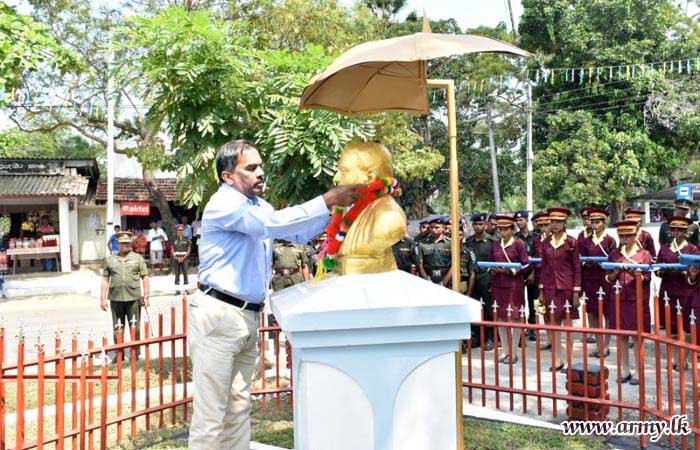 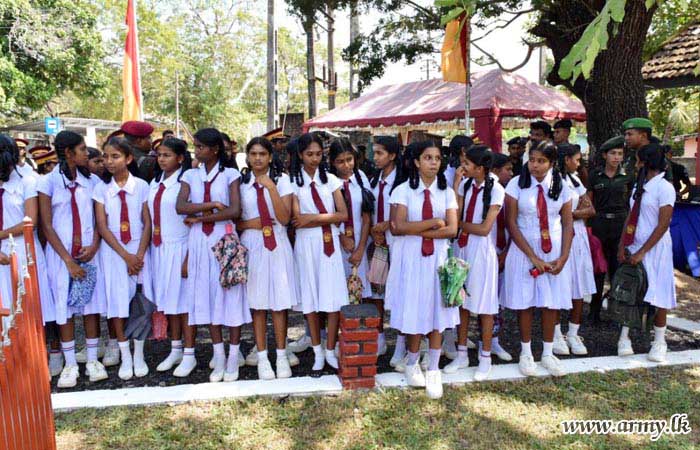 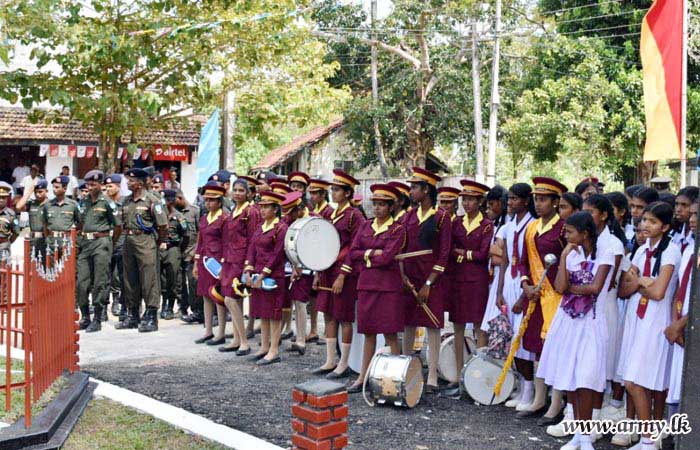 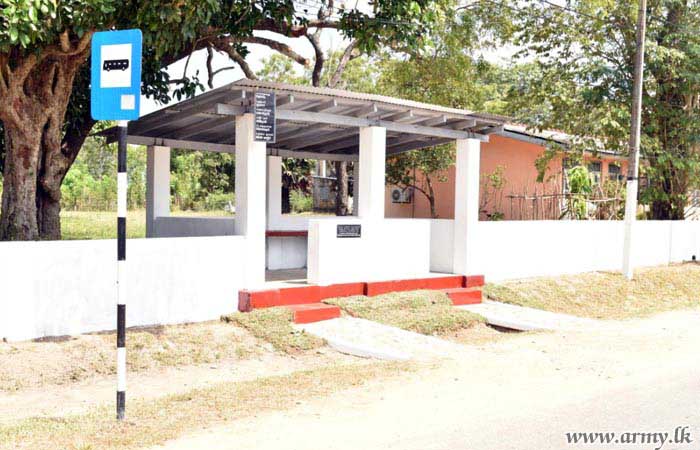 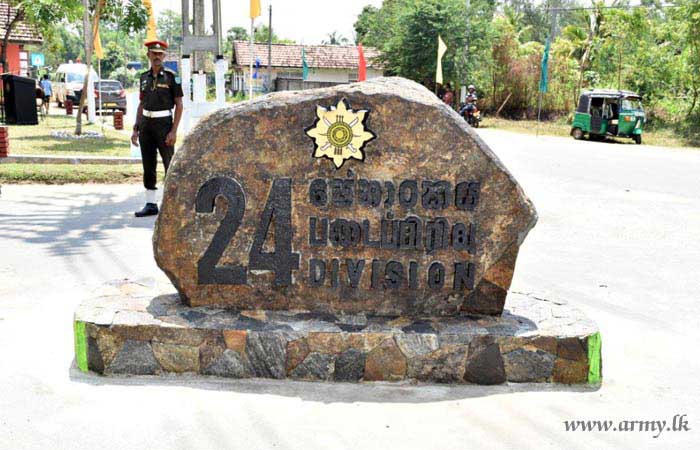