Lieutenant General Crisanthe De Silva, Commander of the Army graced the anniversary commemoration as the Chief Guest at the invitation of KDU Chancellor. General Sir John Kotelawala's 120th birth anniversary fell on Tuesday (4) and the commemorative ceremony got to a start with the formal floral wreath-laying at the General Sir John Kotelawala statue in the premises.

A few seconds later, the Commander as the Chief Guest for the occasion delivered the keynote memorial address, in which he paid a glowing tribute to the vision and mission of this great son of Sri Lanka. He also called upon undergraduates to closely study the character of late General Kotelawala who was also the 3rd Prime Minister of independent Sri Lanka.

Lieutenant General Crisanthe De Silva commenting on late General Sir John Kotelawala told the gathering that he would remain an icon in the military history of Sri Lanka as well as among Sri Lankans.

As a part of the day’s programme, 8 children of Army civil employees received scholarships on the same occasion. Lieutenant General Crishanthe De Silva distributed them among the recipients and wished them good luck with their studies. 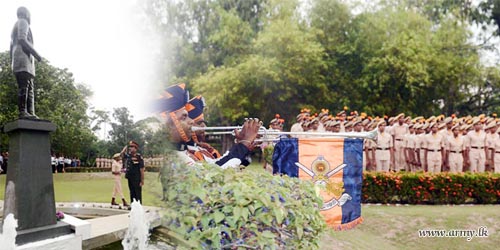 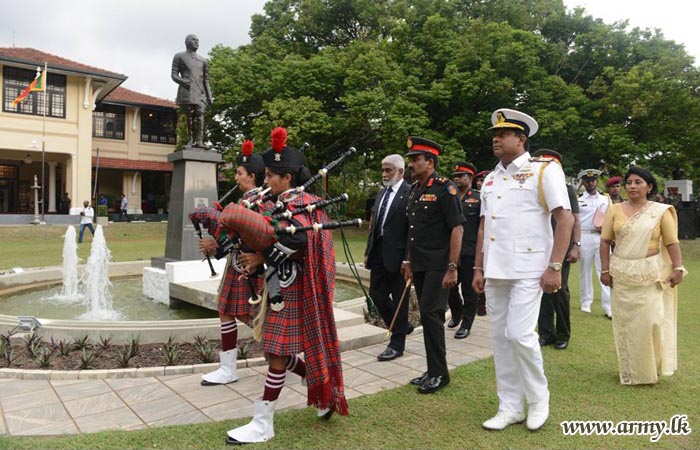 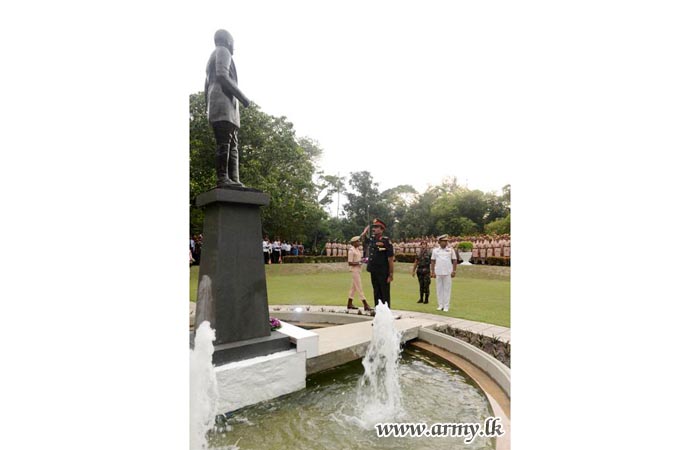 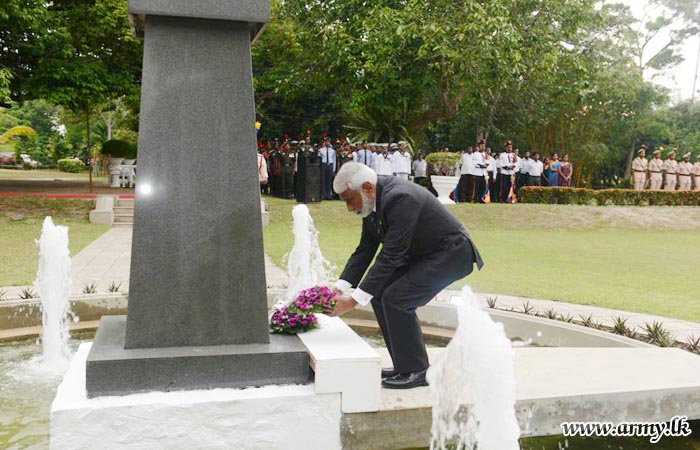 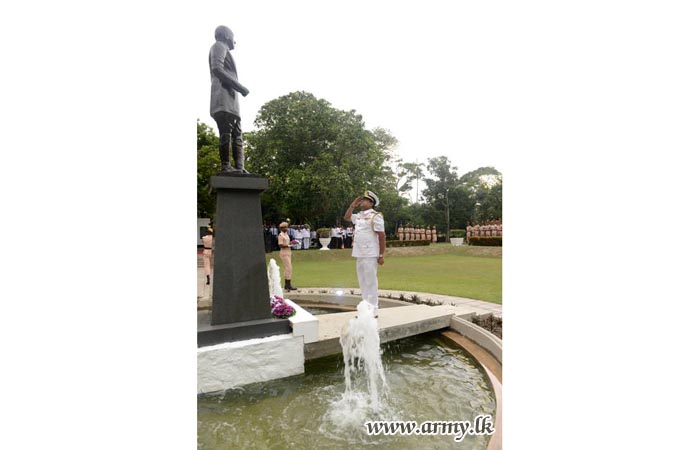 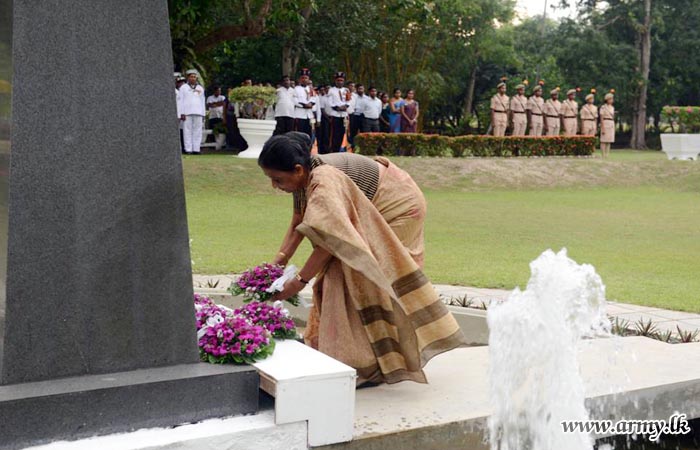 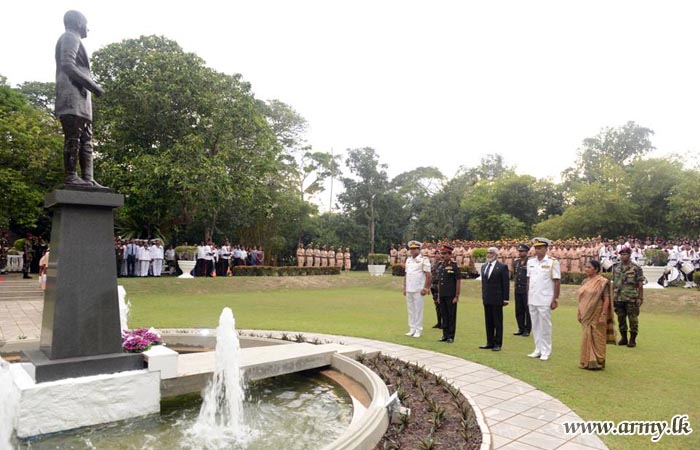 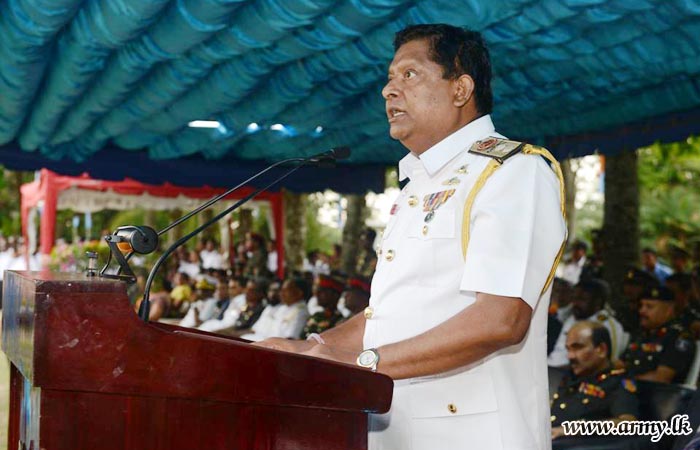 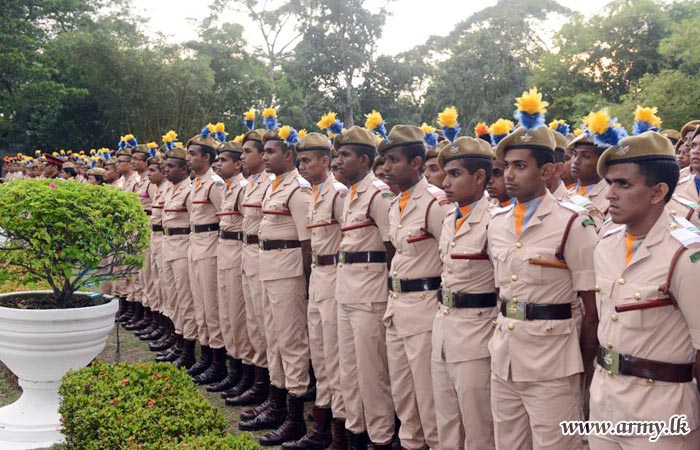 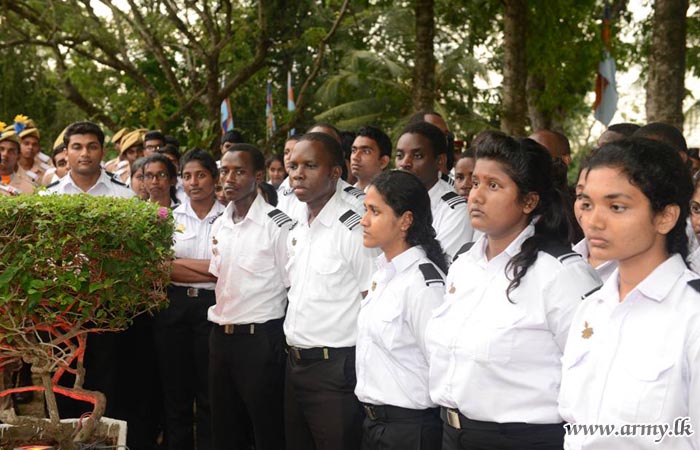 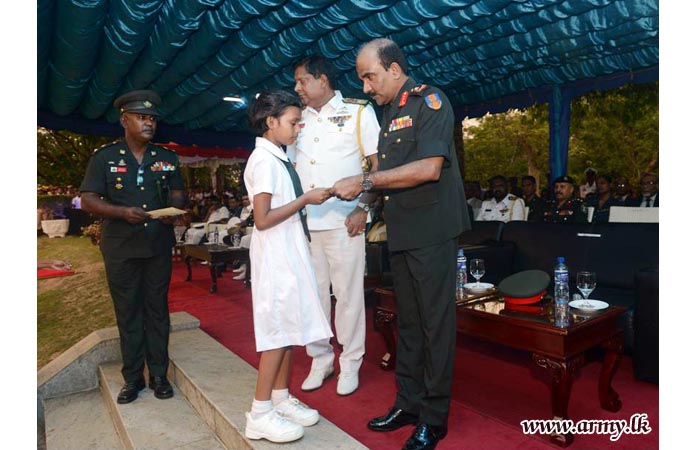 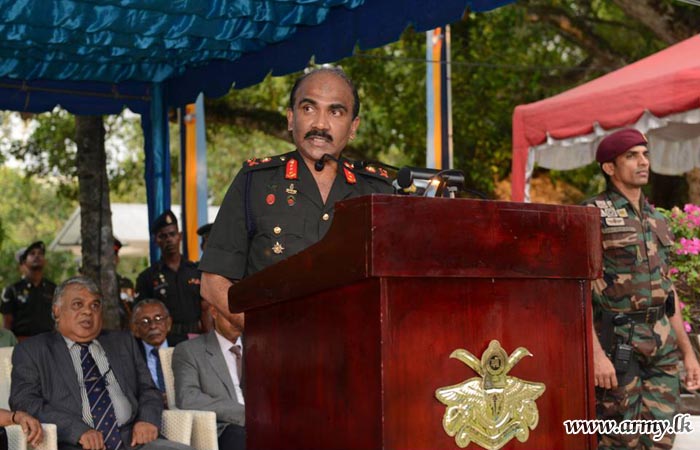 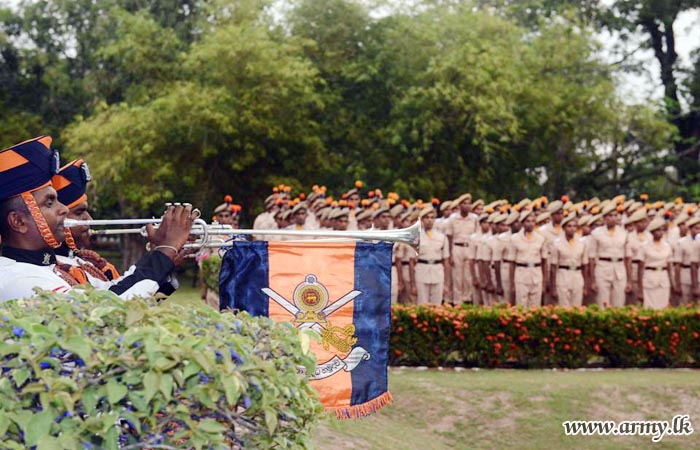 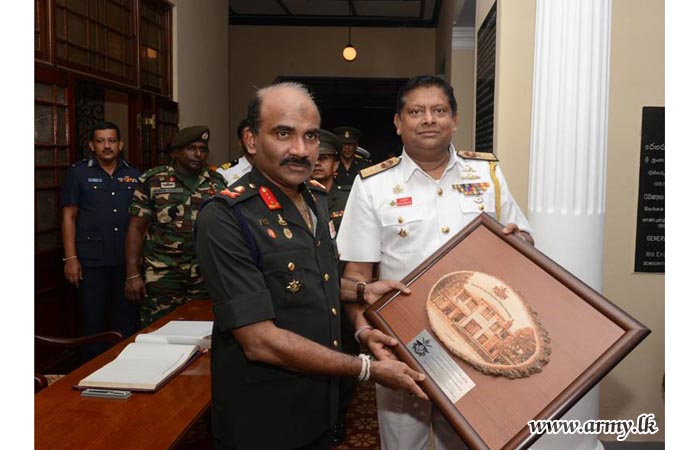