More than 25 Lady Officers of the Sri Lanka Army Women’s Corps (SLAWC), set to sit for promotion examinations from Lieutenant to Captain and Captain to Major ranks shortly listened to a series of educative lectures on ‘Current Affairs’ at the SLAWC Regimental Headquarters at Colombo 8 a few days ago.

All arrangements for the programme were facilitated by Brigadier Janaka Rathnayaka, Centre Commandant of the SLAWC on the guidelines given by Major General Prasanna Chandrasekere, Colonel Commandant of SLAWC and Master General Ordnance (MGO).

Lectures covered a wide variety of important topics and other subjects of academic value with special relevance to military career. 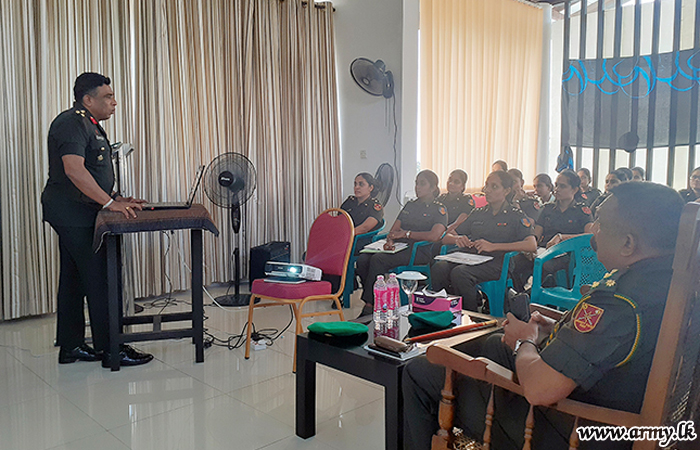 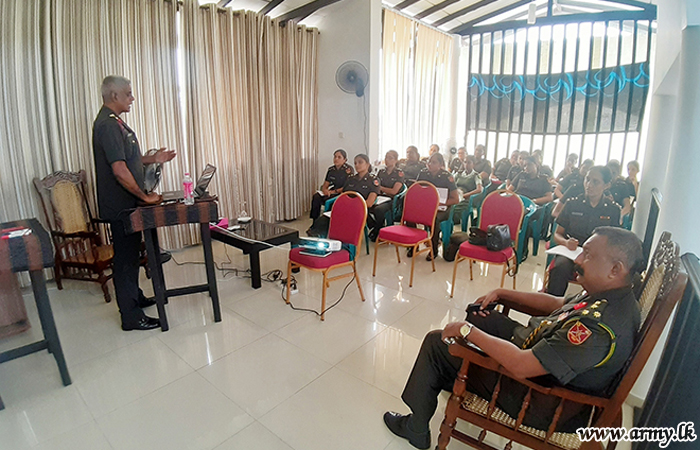