In order to improve the positive thinking attitudes and mental health of woman soldiers and officers of the Army, a one-day seminar named, ‘Blissful Army Life’ was launched at the Panagoda gymnasium under the guidance of the Commander of the Army.

The seminar started at 9.00 a.m and continued until Tuesday (21) evening where 78 Officers and 1115 Other Rankers from different Security Force Headquarters, Directorates, Regimental Centres and Battalions participated.

The programme started with the lecture on ‘Secrets for Long Life’, conducted by Brigadier (Dr) A.S.M Wijewardhana. The second session by Dr Neil Fernando and the third session by Dr Nadeeka Chandrarathna based on ‘Women’s Role in a Hectic Lifestyle’ were also well received by the participants.

The seminar concluded after a lecture by Colonel (Dr) R.M.M Moneragala on ‘A Blisful Family Life’. 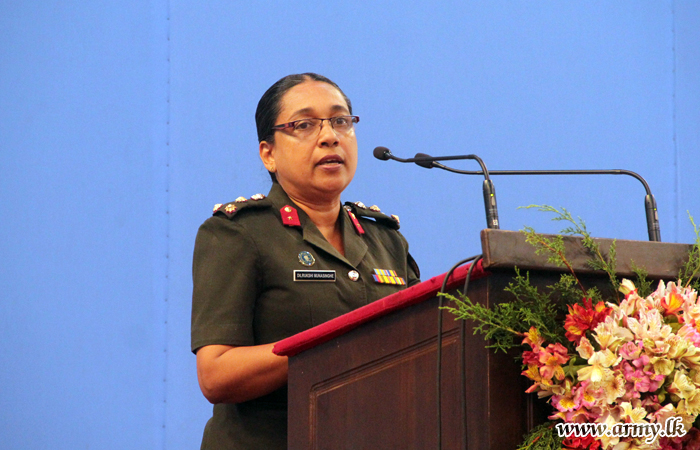 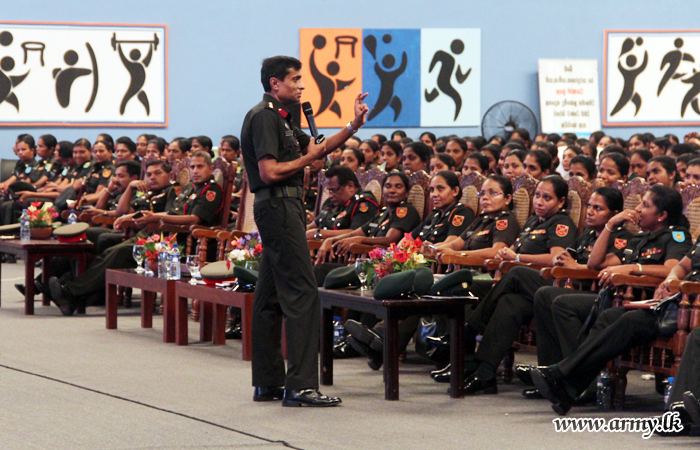 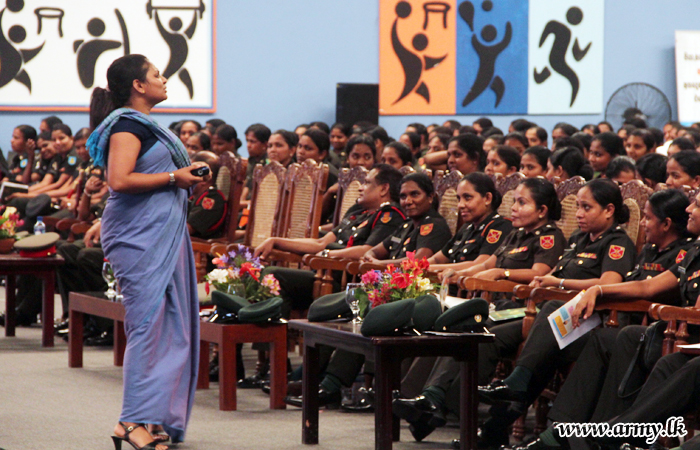 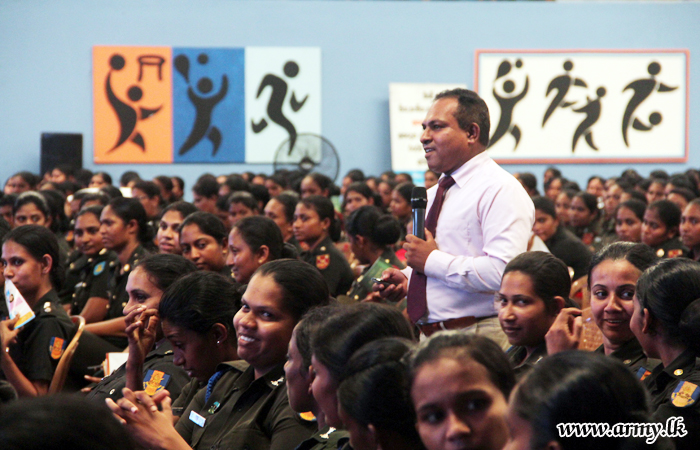